Share All sharing options for: Q&A with Cal Golden Blogs

Bear week is a fun time. Two very similar programs get to go at it, and we get an excuse to have some fun with Cal Golden Blogs, which is my favorite college football, non-Oregon blog on the internet. On top of the wager that we have going on, we asked the guys over there some questions on their team. Below are the questions and answers. Also, Jeremy and I answered some questions on our team over at their site.

Also, be sure to check out Jeremy's preview of the game, when Oregon's offense has the field. I will be previewing the other side of the ball later in the day.

I don't know a whole lot about the Cal WR group, but the tiny amount I've seen hasn't been incredibly impressive. The Oregon secondary finally showed up against a mediocre ASU WR corp, blanketing them throughout the game. How will the Cal WRs fare against the physically talented Oregon group?

Does it really matter if the Cal WRs can't even catch the ball?  We have had a very unfortunate case of the dropsies in recent games.  In our previous game against, UCLA, Cal WRs, including pass-focused TE Cameron Morrah, dropped many, many passes, even a clear TD.  Sure, not every pass was right in the numbers, but each was eminently catchable.

So, yes, Cal's WRs have definitely had problems running the wrong route or getting open.  But even when they have a chance to make a play, they drop the ball.  I can only hope that the Cal WRs will give the Oregon DBs an opportunity to make plays instead of just taking themselves out of the play altogether.

Despite the wins that Cal has, the fans don't seem confident in their team. Why all the apprehension? What needs to improve for Cal fans to feel comfortable with their team's performance? Answer without using the word "cosistant".

Well, Cal fans always and without any self-awareness expect and almost demand the worst.  Years and years of putrid play has left us in this state of insecurity.  Even recent years like 2004 and 2006 have been brutal.  2004 we get screwed out of the Rose Bowl.  2006, we are DeSean Jackson's little toe away from going to the Rose Bowl.  So, there is a consistant (whoops!) anticipation that any success we have will be very temporary.

Perhaps a win on the road against a team not called WSU might help calm us all down.  Given that our next two (and last two) road games are USC and OSU, that might not even happen.  I guess in theory winning the Rose Bowl might make us happy, too.  Maybe.

How many safeties will the refs reverse this time?

We know you have a man crush on Riley, and lets be honest, who doesn't? But besides not being Longshore, what is the true promise of Riley, and what do you expect of him in this game?

At this point, it seems most of the promise of Riley *is* wrapped up in not being Longshore -- specifically, in not throwing the back-breaking, bone-headed 4th quarter interception.  Beyond that, besides a little more mobility, there doesn't seem to be a whole lot of difference between the two quarterbacks.

And really, it doesn't seem to matter who's throwing the ball, because it's sometimes a 50/50 proposition as to whether the receiver is actually going to catch it.  We've had a plague of the dropsies this year, a malady under which we are still suffering.  Next year, you guys might have something to worry about re: Cal's passing game, but for now, if Cal wins, it will be because we got our running game going and managed to slow down yours.

Well, you know me.  I'm a hipster.  A scenester.  In all the horrific glory.  So, I hate the new jerseys, because they are so midtown.  Firstly, you have the bright colors indicative of the 80s trends.  Those are SO 2005.  Moreover, shoulder pads.  JUST MORE 80s!  We're in the 90s now, people.  Where are the grandpa glasses?  Where's the flannel?  Where is the skin tight everything?

Believe me, if it were up to me, this is what Zach Follett, Jahvid Best, and Bryan Anger might look like: 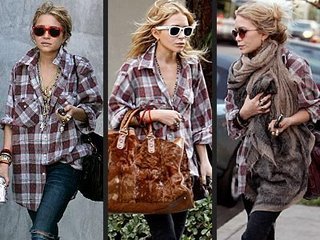 What quarter will Tedford pull Riley and give us a few interceptions?

(TwistNHook Addendum:  After Hydro sent out this answer, he then sent out an email saying I've slept 3 hours over hte last 2 days, culinary school is a beast, I'm going to drunk sleep.  So, take this one with a grain of drunk sleep salt)

Jeff Tedford will never pull Riley because Riley is the greatest QB EVAIR!  He will throw 5 TD passes on Saturday and crush the ducks.  Longshore will never see starting snaps again.

I kid.  I kid.  Tedford will pull Riley when Cal is winning by 28 in the 4th quarter.  Then perhaps you'll get a few interceptions - but only because our WRs never run the wrong routes and the Longshore only throws lame ducks.

Okay, seriously, with Riley starting, Oregon will be lucky to get 1 INT.  Riley doesn't turn the ball over.  Well, only like once every 100 passes.  Oregon's best bet is to probably help Riley get off to a slow start.  Don't put pressure on him.  Make him feel like he's not in the game, and make him pass against 11 man coverages.  He'll be sure to fold under the pressure.

There's been a lot about the 3-4 alignment. Will the scheme actually make a difference, or is the big impact just that it gets your most talented players on the field?

I think it is generally the latter.  We have a really deep LB core with Zach "Pain Train" Follett, Worrell Williams, and Anthony Felder.  Our 5th LB just won Pac10 D player of the week.  So, it was mostly about that.  Now, we have some injury problems along the DLine.  Rulon Davis is injured.

We saw a situation against Arizona, where the scheme didn't really matter.  The players seemed in a position to make the tackles and just did not execute at the necessary level.  Which bodes poorly for the Oregon game, I guess, but shows how important getting your best players on the field is.  You can have the world's best scheme, but if your players dont execute it wont matter.  On the road, that has been Cal's problem.  At home, we've been able to contain players like Javon Ringer and Rudy Carper, because of execution.

Hopefully, even with the wet conditions, Cal will be able to execute this Saturday.

Thanks for the answers guys! I know we're all looking forward to another great battle.