It's a slow week for live sports in Eugene, but there are things to do if you're itchin' for some Duck sports, starting with the volleyball team trying to avenge their losses to the SoCal teams.

For those you interested in Cross-Country, fans are invited to watch the Cross Country National Championships with athletics staff and the Track & Field teams in the Pittman Room of the Casanova Center.  The room, located at the rear of the second floor, will open at 8:30 a.m., with the national championships beginning at 9 a.m. The men’s race opens the show, followed by the women at approximately 9:45 a.m. Fans are asked to park in the Moshofsky Center lot.  The race will be televised on Versus, if you don't want to drive out to Autzen or just fear social interaction other than this blog.

News, blurbs, links, and butts after the jump

Maybe the most exciting thing about this weekend (apart from football) is the debut exhibition of the Team Sports & Gymnastics team...squad...group...force...FORCE!  Yes!  The TSNG Force!  Brilliant!

Anyway, the TSNG Force will be debuting their skills at the Oregon All-State HS Gymnastics Competition on Saturday.  I'd think the toughest part about a fledgling sport like this is finding venues to perform and compete.  So until TSNG catches on nationally (which it looks like it might), these exhibitions are the best we're gonna get.  You can also check out the Force on Sunday, November 29th, at halftime of the Oregon-Portland State women's hoops game.

Women's Hoops Blog
Assistant coach Keila Whittington will be blogging throughout the season on GoDucks.com, and it's an interesting read from an insider's view.

It's been a while since we've seen cheerleader pics, right?  Welp, here ya go. 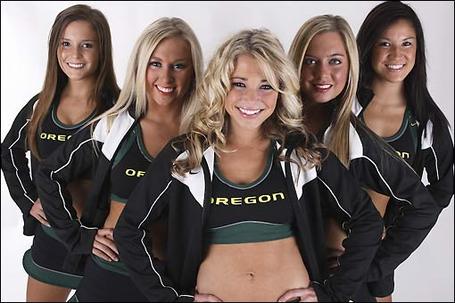 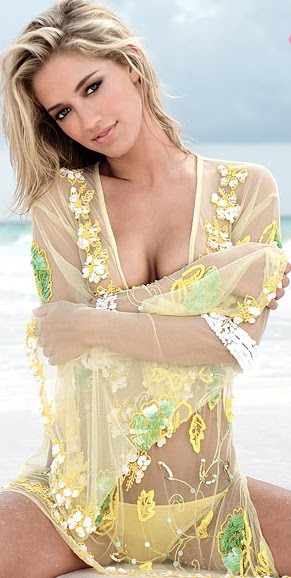 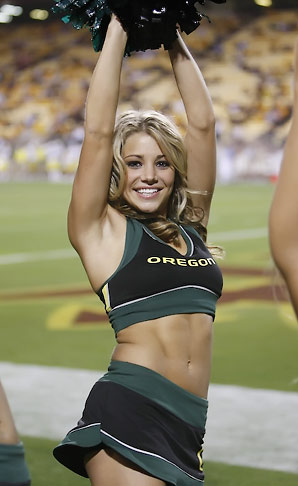 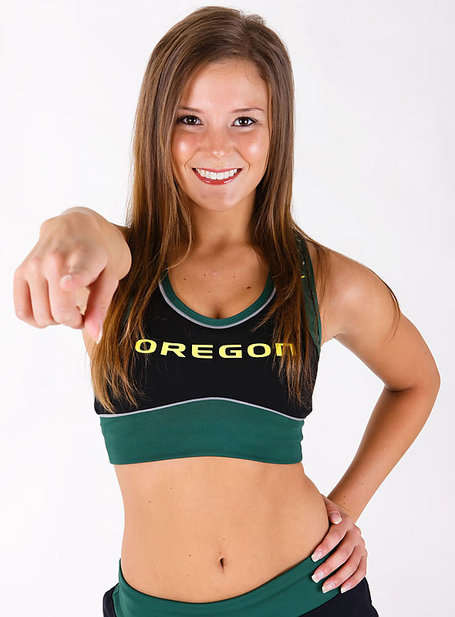