Now that you've had time to digest, let's take a look around the lake.

The women's basketball World Vision Classic is this weekend at Mac Court, featuring Portland State, Wisconsin, and CSU-Fullerton  The Ducks play tonight at 7:30 against Wisconsin.  For those of you in Seattle, you can cheer on the Ducks in their women's volleyball finale at U Dub, start time 7 PM.

It's a basketball double header Saturday, with the women taking on Wisconsin at 4:30, and the men facing Montana at 7:30.

On Sunday, the NCAA women's volleyball tourney selection show will be broadcast at noon on ESPNews.  The World Vision Invitational concludes Sunday with the women playing PSU at 2:30.  Also, the TSNG Force will be performing at halftime.  Paul Ball and Tiny Spandex Shorts!?!?  Does it get better than that?

Quack Friday
One day only! Ridiculous deals on hoops tickets, 20% off in-store Duck Store sales, and half off a six month O-Zone membership. Get them while they're hot!

Men Run to Second at NCAA Championships
The Men of Oregon placed four runners in the top 31 to rally for a runner-up finish at the 2009 NCAA Cross Country Championships Monday at the Lavern Gibson Championship Course. The women's team finished ninth.

For the eye candy today, we get our favorite women's basketball player, Taylor Lilley 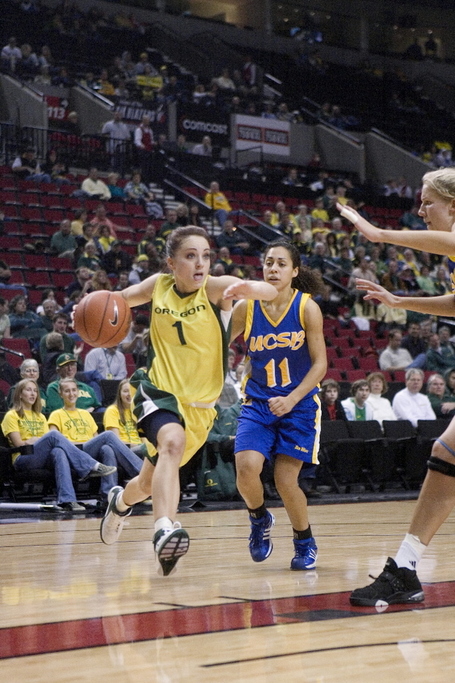 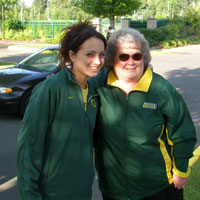 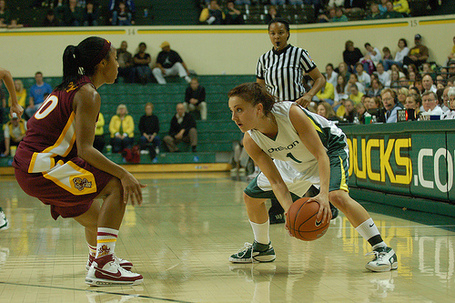 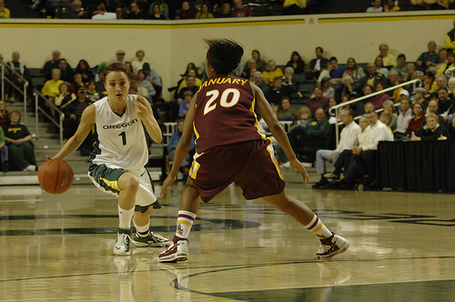