You Blitz All Night!!!

Share All sharing options for: You Blitz All Night!!!

You Blitz All Night!!!

This clip makes me think about Don Pellum talking to the linebackers at the beginning of the season after meeting with Chip Kelly, Aliotti and Azzinaro, to discuss what scheme they were going to play... "YOU BLITZ ALL NIGHT!  If they cross the line of scrimmage I'm going to take every last one of ya out!  You make sure they remember the night they played the DUCKS!!"

There was a lot pressure put on the LBs in Aliotti's system this year.  They had to know their assignment, disguise their coverage, communicate adjustments to the line and secondary, hold their lanes, read the play, and then finally make a play on the ball.  If the defensive linemen are the Unsung Heroes of the defense, the linebackers have to be the Brain Trust.

As much as I have gotten on Aliotti in the past for playing so conservative, never blitzing, using a base nickel defense, bringing the same 4 guys after the quarterback every play, this season of line backer play has been anything but that.

Here is my hypothesis.  I think Chip Kelly met with Pellum and Aliotti this off season when he got the head coaching job to discuss the defense.  I think it went something like this.  "Listen Nick, I'm trying to do something special here at Oregon.  Now you've been here for 19 years and Don you've been here for 22.  I'm not going to tell you that you don't know what you are doing, but let's just say that if my offense was preparing to play against that predictable, vanilla, boring, scheme you like to call a defense we'd put up about 400 yards on the ground, and pass for another 300 without even breaking a sweat.  I'm not asking you to go out there and win the game, our offense will definitely put up points.  I mean it's not like we play in the Big 10, but if you could get creative and throw a couple of different looks at the offense that give us a few more chances to score each game, we'll definitely make the most of them.  That's all I got guys... oh yeah... I want you to meet somebody who's going to be helping you out with this, his name is Jerry Azzinaro.  Jerry, meet Nick and Don."

Well, all that being said, let's meet this Brain Trust: 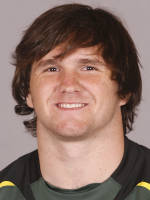 Casey is the President of the Advisory Board for this Brain Trust of linebackers.  His tutelage from a young age of the linebacker position fundamentals has paid huge dividends this year as he is one of the leading tacklers on the team.  He's a definite leader, communicator and commander of the troops on the field, and his consistent heady play results in him being in the right spots to make plays.  Casey made All Pac-10 second team honors and should be looking to add to that next year.  I think we all need to thank Juju that Pete Carroll was arrogant enough to ask Matthews to try and walk on at USC, forcing him to look north for a brighter future. 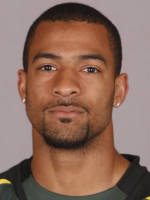 Paysinger is the silent deadly type.  He doesn't make the bone crushing hits that Ward or Pleasant might make.  He isn't a commander at the line like Matthews.  He isn't in the backfield making sacks as much as Rowe, but did you know he is tied for second on the team in broken up passes (tied with TJ3 and behind CH3).  He's tied for tackles on the team amongst LBs and is third on the team in solo tackles.  We like to ohh and ahh at Pleasant (BMusgraves), we see how many sacks Rowe has, we know Matthews is the leader of the LBs, yet here is Paysinger, just consistently making plays. 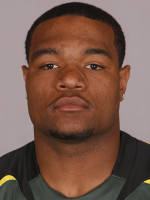 What is there to say about Eddie Pleasant that BMusgraves hasn't already said.  He's fast, tenacious (did you see him put that Arizona O-lineman on his ass?), has a nose for the football, tackles everything (including his own teammates), and he's only a sophomore.  Two more years of Eddie Pleasant armies wreaking havoc on Pac -10 offenses (yeah I talking to you Jake Locker.  Pleasant should have been reason enough to go to the NFL). 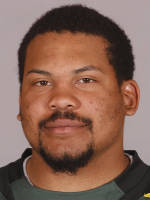 Most likely the MVP of the defense this year.  8.5 sacks, 2 QB Hurries, 3 Forced Fumbles, 3 tackles a game... Kenny Rowe is a stat machine.  JShufelt said it best, they need to create a new reference for a guy like Kenny Rowe, DUEbacker (Defensive Utility End backer).  He's the Swiss Army knife of linebackers.  The guy can do pretty much anything asked except line up at corner and play bump and run.  RB tosses to the flats that have killed the Ducks in years past now end up in a loss of yardage for the offense.  Rowe's speed and awareness levels are off the charts for a DUEbacker.  Honorable mention Pac 10, is a good start for this first year starting Junior.  Expect great things from Rowe next year.

Now, for the remaining board member of this Brain Trust:

Clay, Johnson, Kaddu (whose injury this year was a bigger loss than many think looking at the stats), and Littlejohn all played significant roles in reserve this year.  Looking at these 9 reserve guys and the 4 starters makes me very excited of things to come, there is only one senior, six juniors, four sophomores, and two freshmen.

Pellum and Aliotti have done a great job of adapting their scheme to fit the strength of the Oregon defense... smart, fast, mobile and strong linebackers that are able to make plays all over the field.  Certainly was a hell of a lot of fun watching these Ducks fly around and BLITZ ALL NIGHT!!!