The idea of something being overrated is a topic that comes up a lot here at AtQ. Overrated is defined as: "to overestimate the merits of; rate too highly". This doesn't mean that something is not good. It can be very good, just not as good as everyone is making out to be. By the dictionary definition, it can mean a single person overestimating a certain thing. For example, Lou Holtz overrates Notre Dame football, John Madden overrates Brett Favre, Takimoto overrates Pabst Blue Ribbon. Colloquially, the term "overrated" refers to the general culture overestimating something, rating it too highly. After the jump, I'll tackle some examples and examine if they are actually overrated by the general populace. 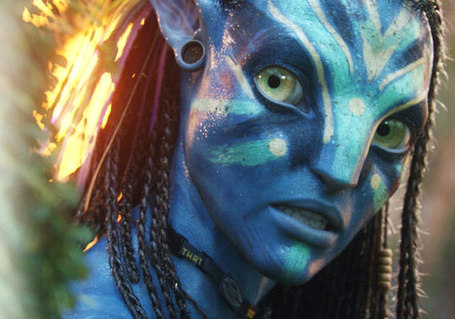 It's visually groundbreaking. It's innovatingly expensive. But is it properly rated? Let's look at some key factors.

Right now, I'd say it's pretty properly rated. We know what's great about it, and we understand what sucks about it. It'll be interesting to see how our view of this film changes with time. I don't know if it can sustain the rabid fan base like the Star Wars brand, so what will we think of this one film in 20 years? 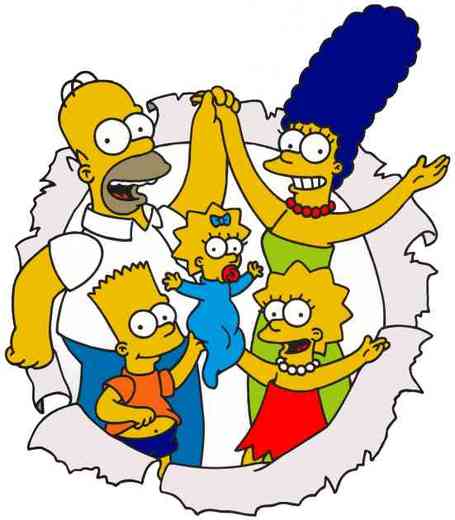 It's the best cartoon sitcom of all time, and it's 20 year run on TV is incredibly impressive. But the culture of Simpsons fans has caused the show to become overrated. And here's why. No one is allowed to say anything critical of the Simpsons. Simpsons fans turn into a bizarro version of Comic Book Guy, shouting things like, "How dare you?!?" or, "Are you kidding me? The Simpsons is unmatched in sly, sterile humor and unmatched animation consistancy!" But they've all lost sight of what the Simpsons really is: a funny cartoon show that's been on TV for a really long time. The Simpsons is unequivocally better than Avatar. But it's overrated. 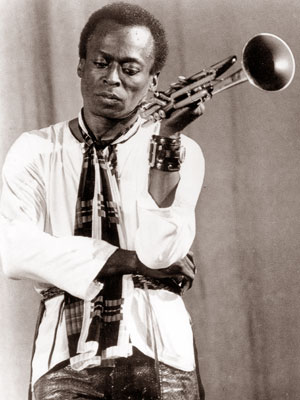 As a trumpet player, he's pretty overrated. He tried to make it in the bebop scene with Bird and Dizzy, and didn't have the chops. That led him to Gil Evans and a different direction altogether. As a composer and musical visionary, he's probably still underrated, despite how he's currently revered by the jazz community. He was at the forefront of creating numerous subgenres of music (cool jazz, electric jazz/fusion, blue bop), and his ideals laid the foundation for funk, electric rock, and hip-hop. Everyday listeners know Kind of Blue, jazz hobbyists have Birth of the Cool and Bitches Brew, and those with a passion for jazz listening have heard In a Silent Way and On the Corner, but his scope of musical achievement stretches beyond his discography. 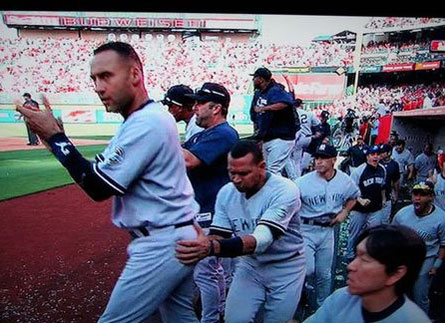 My first thought was, he's overrated. Why? Because screw him, thats why! Here's the real situation: he's overrated by Yankee fans, underrated by everyone else. As a non-Yankee fan, I can tell you that I hate Derek Jeter. But when you take a glance at the stats, he's a Hall of Fame-caliber shortstop. He's fast approaching 3000 hits. He's a career .317 hitter. He's had six Top 10 finishes in the MVP voting. He's a franchise shortstop, and I'd love to have him on my team. That said, I still hate his stupid face.

Yankee fans, on the other hand, have Derek Jeter planted firmly between Babe Ruth and Jesus on the list of Most Important People of All-Time. The fact of the matter is, he's not that good. He forced the defensively superior A-Rod to move to third base when a real leader would have sucked it up for the team and found a new position. His career playoff batting average is actually worse than his regular season average. He's a great player. He's not Ruth or Mantle. By contrast, Mariano Rivera is properly rated by both Yankee fans and non-Yankee fans. That guy can pitch.

And now, an arbitrary list of things and how they're rated:

The Keg Sticker this week goes to JShufelt, to help ease the pain of ESPN.com's autodrafter giving him the worst fantasy team in the history of existence. I'm also giving myself one for beating the rest of the mods in the bracket challenge. So there.

I started doing Tako Tuesdays as FanPosts, before I was given glorious front page privileges. I kept doing them as FanPosts out of habit, but the last two were front page only. Are they fine this way, or do we like having Tako Tuesdays on the sidebar for easy access throughout the week? Lemme know what you think.