If you buy something from an SB Nation link, Vox Media may earn a commission. See our ethics statement. 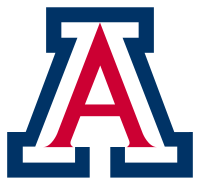 Arizona rolls into town the day after Thanksgiving in what should be another important late-season battle between the Wildcats and Ducks. The last few years have seen some great football between the two teams, as well as some horrifying losses. And once again, the Ducks will not have an easy time with the Wildcats.

Mike Stoops has had improvement in every year in Tucson, though now he has to sustain that success despite losing both his offense and defensive coordinator.

If this game were in Tucson, I'd be more worried. But the game is at home, and with fans clamoring to get away from the in-laws, and pumped for the final home game for the senior class, Autzen will be rocking.

Last season, Arizona was a solid offensive team. They didn't blow away many teams, but they didn't make many mistakes (near the tops in the nation in sacks allowed) and were able to score enough points to win a lot of games.

This season, they lose offensive coordinator Sonny Dykes, but return 8 starters, including QB Nick Foles, who completed almost 65% of his passes last season. Arizona didn't go downfield much, and relied mostly on a short passing game, and Foles performed very well in the system, despite not starting the first 3 games after getting beat out by Matt Scott during fall camp. When he took over, he never looked back.

Foles should have excellent protection again as his line returns Colin Baxter at center and Adam Grant at left tackle. Both were 2nd team All Pac-10 last season. They lose two full-time starters, but they will be replaced by two players with starting experience. This line should not lose anything from last season, and may improve.

At the skill positions, Arizona returns just about every significant piece from last season. Keola Antolin and Nic Grisgby return, and if Grigsby can stay healthy, it will be a strong unit, that will demand respect from defenses.

At receiver, the Wildcats return 5 receivers that have over 20 receptions, including their most dangerous receiver, Juron Criner. Though they lose Terrell Turner, they have so much depth and experience at this position, it shouldn't make much of a difference.

While there will be questions about the Arizona offense due to the loss of their offensive coordinator that really helped push the Arizona offense forward, the unit simply has to much talent and experience to be taking any steps back. This will be a very dangerous offense. There isn't any significant weaknesses, and if Foles gets the same type of protection and the running game improves, they will win a lot of football games. If a team matches up well with the Wildcats spread attack, it's the Ducks. Oregon has the speed to match the Wildcats, and it should be a great matchup between two improved units.

It's lucky for the Wildcats that they return so much offensively, because they bring back only 4 starters on the defensive side of the ball. However, Mike Stoops has always been a very good defensive coach, and it's a good bet he'll have his guys playing at a high level.

Despite the lack of returning starters, they return two of the top defensive players in the Pac-10 in DE Ricky Elmore and CB Trevin Reed. Both produced at a very high rate last season. Elmore was second in the league in sacks and on the defensive line will get help from tOSU transfer Willie Mobley and JC transfer Jonathan Hollins, who are both DTs. There's talent in this group, though we'll have to wait and see how they turn out.

Trevin Wade will be leading the secondary, which also returns SS Robert Golden. They will get getting help from true sophomore Adam Hall, one of the top recruits in the nation 2 years ago (and played 9 games last season), and JC transfer Marcus Benjamin. This group returns some strong experience, and has some excellent talent that may step in, including true freshman Marquis Flowers. Despite the losses this unit suffered, it should hold it's ground, and might even improve.

Unfortunately for the Wildcats, they must replace all their linebackers, including some All Pac-10 talent. Stepping in will be a mixture of young talent and JC transfers. They have only 16 tackles and a group, and will be the big question mark in how this defense fares. Top JC trasnfer Derek Earls will be asked to take on a big role, and just may be able to do that. Redshirt freshman Trevor Erno may see some good playing time as well. As we Duck fans have learned well, a good linebacking corp can make all the difference. This unit could end up being rather good. Luckily, they have solid units to take some of the heat, so they will not asked to be carry the entire load.

This defense is one of the bigger question marks in the Pac-10 merely because of the number of returning starters, but I think that that number is a bit overblown. They were a good defense last year, and though they may slip a little, if they do, I doubt it will be significant. It's clear that Mike Stoops has been making big strides at Arizona. The talent level has risen dramatically since he's been in charge, and I think that'll be clear when Arizona stays near the top of the Pac-10 this season.

Last year Arizona had an astounding special teams return game, and that should continue. All returners are back this season and should help give Arizona an edge in the special teams game.

They return Alex Zendejas at kicker, who should be just fine at the position. The only glaring weakness is punting where the Wildcats ranked 72nd in the nation in net punting.

But the Wildcats explosive return game should help mitigate that weakness, and overall this will be a very good special teams unit.

In doing these previews, I've looked at some teams where the more I research, the more I dislike the team. USC was one of those teams. Arizona was the exact opposite. The more I look at Arizona, the more I like. They have a very good offense, and should have a more than competent defense. In fact, if I was re-doing my preseason prediction, I might put Arizona second, and would at least have them third in the conference.

While they lose some coordinators, they promoted from within, a move that I like, which should lessen and negative side effects from their coaches leaving.

This is going to be a very tough game for the Ducks. If it were in Tucson, I'd be petrified, but luckily, it's in Autzen. Throw in a bit of questionable weather with the game being at the end of November, and this one could get a little crazy. I'm still confident that Oregon will be able to pull out a victory, but this one could have us on the edge of our seats once again.