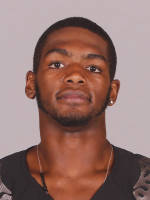 Probably one of the most polarizing figures on the Oregon offense this year. The one thing that can't be argued about Darron though, is that when he was on, there was no stopping Oregon. If you had to guard against Oregon's potent rushing attack, and worry about the passing game, your defense didn't stand a chance. Darron struggled a lot early in games, especially considering the inconsistent play of his receivers, but Thomas' ability to make accurate reads and be the "point guard" or the offense gave balance to and potential for an unstoppable force. On top of all of that, Darron Thomas thrived on the big stage in the big games. 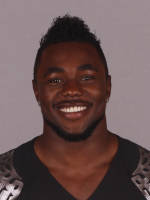 If there is one reason to not give the award to LMJ, it is because of Kenjon Barner. That's not to say that Barner was better than James, but the fact that Barner showed what other quick, tough, and explosive backs could do in Oregon's offense. Also, Barner was called upon to fill in for James when he had to sit out 3 games and Oregon's offense didn't skip a beat. Barner had 171, 115, and 107 in those 3 games and lead Oregon to 3 victories. The one thing that stood out to me the most was watching Barner in the USC game. James struggled with only 78 yards on 20 carries, while Barner was the lightning rod that brought the team back. Besides his 123 yards on 15 carries, he was constantly marching up and down the sideline encouraging and motivating his teammates to bring the Ducks back. After that game, I had an overwhelming sense of excitement of watching Barner be the leader of this team should James not come back next year. 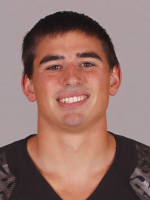 Is there anyone more consistent than David Paulson on this team? 3 years ago it seemed like every time Paulson caught the ball it was for a first down or a touchdown. What's really changed? Plus, on a team with so many drops, it was refreshing to see a guy make the easy catches look effortless, as well as the difficult ones. Paulson may not be an early round draft pick like his predecessor, but he continues a long line of successful Oregon TEs that were efficient and dependable in almost every aspect of their game. 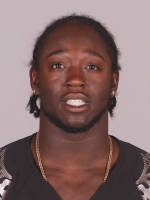 I'm putting Thomas in here simply because this may be the only time in the next couple of years that he's in a category that he doesn't win. The little lightning bug from South Central shone bright this year for the Ducks. Every time De'Anthony touched the ball you had a moment that went through your mind of, "he's going to do something special right now" even when it didn't happen. Thomas is the epitome of the Chip Kelly offense. Get him a guy that is fast. quick, and able to take direction and he'll find a way to make special. Thomas was also a major component in the versatility of the Ducks with his ability to play wide out, TZR or running back. There are many bright years ahead for this kid. 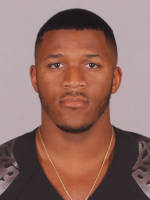 What's to be said that hasn't already been said about LaMichael James. He owns almost every rushing record in Oregon history, and if he does come back for a 5th season, he'll own almost every one of the conference records as well. The only criticism that could be lobbied against him would be that he's struggled in the bigger games in his career, but that's a weak argument at best. He's got power, and he has no problem running between the tackles. He has tremendous speed, and you don't want to let him get to the edge on you. And he has vision that gives him patience when most backs would plow ahead and get stopped. He has the ability to wait and let his blocks get set up before he charges through the hole for big yards. LaMicahel is the best back in long line of great backs in Oregon history. Ok, go ahead and vote for him, he's earned it.

Those are the top 5 guys in my mind. Vote for the one you think was the offensive MVP this season, or make a case in the comments for who you think was most deserving.