Looking at the defense it's really tough to pick just one guy that was consistent, a leader and critical to the success of the team. Even when you look at the different units of the secondary, the linebackers and the defensive line, you will see a variance of performance throughout the season. While the secondary played well against teams like Colorado, or washington, they struggled against USC and WSU. The D-line stepped up against Stanford and later in the season, but they took a while to get going. Finally the linebackers always seemed to be missing a key piece in either Alonso, Clay or Stuckey that had guys scrambling and out of position.

On a whole though, the defense put together another impressive year ending up in the top 3 in the conference in rushing yds/att, passing yds/att and total defense yds/att. Aliotti continued to use his hybrid zone blitz scheme, and as guys got more experience and understood it better, they started to create more havoc in the backfield for opposing teams and turnovers and sacks increased steadily.

Trying to pick just one guy out of the group that was the most valuable would be difficult, but here are some candidates: 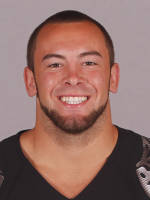 Boyett returned to his rightful spot as the leading tackler for the Ducks in 2011. He's quickly becoming the most dependable player on Oregon's defense. Not only has he only missed 1 game in his 3 years at Oregon, but he's constantly calling out the defensive assignments to the secondary, breaking up passes on deep routes and getting after guys in the backfield in run support. With the inexperience that Oregon had at corner this season, Boyett was called upon to lead those guys and make sure they were running the right coverage schemes. Given everything that Boyett did the Ducks this year, it is no wonder he was awarded second team all Pac 12 honors. 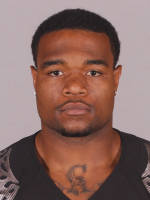 Probably one of the biggest and most pleasant surprises on the Ducks defense in 2011 was the development and play of Eddie Pleasant. Last year saw Pleasant transition from his hybrid linebacker spot to a full time rover/safety position. At times it looked like Pleasant struggled in 2010 to understand passing routes and angle on gaps in run support. 2011 was a different story. Pleasant had a monster game against Uw with 2 interceptions and 5 tackles. Pleasant was crucial to the Ducks run game as he played closer to the line early in run support to help take away a team's running game to force them into passing situations where Oregon's defense could unleash their attack. His accomplishments and improvements did not go unnoticed as he was awarded with a first team all Pac 12 honor. 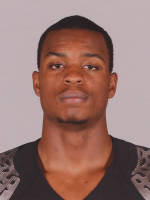 Another guy that took some time to get used to his new position seemed to thrive this year. Dion Jordan switched from TE in 2010 to DE and again switched this year to the hybrid drop-end position. While early in the season it seemed that Jordan was lost on the flat routes and getting past guys on the edge, later in the season Jordan picked up the scheme and was a constant force in the opposing team's backfield. Jordan led the Ducks with 7.5 sacks and 13 tackles for a loss and had one of the biggest hits all year in the Pac 12 Championship Game. Along with Pleasant, Jordan racked up first team all Pac 12 honors for his play. 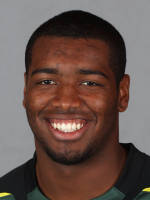 The all Pac 12 team may have forgotten about Michael Clay, but I didn't. What Clay did this year, didn't always show up on the stat sheet or in the box score. His best statistical game had to be against lowly Colorado where he had 2 tackles and an interception returned for a touchdown. Even missing 3 games, he was still third in tackles for a loss and second in tackles on the team. What didn't show up was his steadying influence on the linebackers. Clay's ability to control the weakside, allowed guys like Stuckey, Kaddu and Lokombo to be at their best. If you wanted to escape the blitz or run away from the teeth of the defense you were heading straight into Clay territory, and he usually cleaned up.

Those are the top 4 guys in my mind. Vote for the one you think was the defensive MVP this season, or make a case in the comments for who you think was most deserving.