[Ed- Benzduck is spoiling us this week, and his piece today on Autzen Stadium may be my favorite so far.]

The latest posting on everyone's favorite Oregon Football Pre-history blog concerns the struggle of former AD Leo Harris to bring a badly needed football stadium in Eugene from concept to fruition.. while battling his boss, the county commissioners, the R-G, the City Council, half the faculty, and seemingly every owner of a large tract of bare land in Eugene.

Harris proposed the stadium in 1961 and said it could be built for no more than $2 million. By the time it was completed six years later, the stadium's total cost was $2.35 million -- possibly the smallest six-year cost overrun in the history of public projects in Oregon, if not mankind.

How the hell did Harris pull it off? 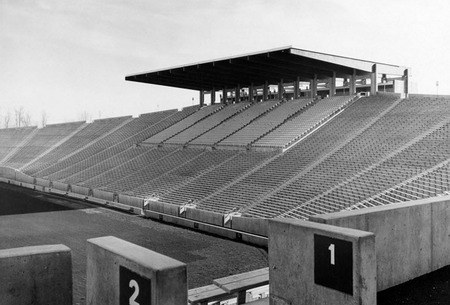