Tako Tuesdays: Change of Heart? More like Change of Shorts.

The last 36 hours exhausted every last emotion in my arsenal. There was the initial rumor, and skepticism; there was confirmation of the rumor, and a growing concern; there was national confirmation, and some severe dread.

Then we all freaked the hell out.

The mania spread slow at first, affecting just a few of the most overtly paranoid and insecure. The rest of us, we scoffed. You're so silly, we all said, getting worried over one local news rumor. No chance this happens. No chance.

Then, one by one, they all began to...change.

As the rumors gained traction, people began to show signs of mental instability. They lost the ability to spell, and to piece together a coherent sentence. Instead, many chose to simply shout obscenities like "fuck", "shit", and "Neuheisel". Others began to try and move on, but lacked the rationale to do it properly, chiding the past notoriety of Urban Meyer while simultaneously clamoring for Chris Petersen, he of the non-AQ credentials and extra laps-heavy discipline program. Still others regressed, wanting only to retreat to the save haven of Fort Bellotti, where the showers are lukewarm and the boarding passes to El Paso are pre-printed.

The remaining survivors hunkered down, prepared to weather the storm or die trying. I tried to keep my mind off impending doom by watching the Niners. 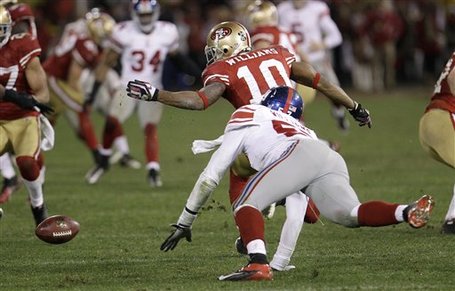 I was a marked man. It was only a matter of time before the icy grips of reality took hold, and therefore I was left with a choice: stay online, and slip deeper into a pit of my own anguish to the point where I begin to question my life's priorities if the coach of the football team at the college I graduated from's career choice is having such an intense emotional effect on me, or shun the world and face my fate in the morning. I took option B, with the B standing for Box, Jack in the.

I went to bed, and slept a restless sleep due to a mixture of betrayal, confusion, and Jumbaco belly. I woke up fearing the worst - would it be Chip Kelly in a Tampa Bay visor and an "I Love My Bucs" T-shirt, or a "You can't play the game without Chips" headline gracing the front page of every newspaper in town? Instead...

So what, Chip Kelly, all that was for nothing? I hadn't peed my pants in nineteen years before last night, and I'm supposed to go do laundry on a Monday because you ALMOST took an NFL job? I'm training for a half marathon, you think I wanted to eat that Jumbo Jack, tacos, and fries? And if you answered yes to the previous question, you're absolutely right, but that's TOTALLY BESIDE THE POINT! If I'm going to go through a mental breakdown, on a work night, then you're gonna have to just man up and take that job. Because I think I speak for all Duck fans when I say: we can't handle another one of these. We just can't. We understand that you have NFL aspirations, that it's true to your nature as a competitor to take on the ultimate challenge in your profession. But don't string us out like that. Pick a job, be open about interviewing, sign the contract, and we'll wish you the best of luck and start work on the statue of you that will stand outside the south gate at Autzen. But I can't take another one of these, second hand information, vaguely worded, 140 characters at a time, agonizing mindfucks.

What was it? Was it as simple as a change of heart? Was it a late night phone call from one Mr. P. Knight, who dazzled you with vivid images of yachts, dirigibles, and a personal wipe-your-ass assistant for the days Mark Helfrich is on break? Was it your subconscious second-guessing itself as to whether you really are NFL-ready? Or was it my stirring, fifty-eight minute video letter I sent you, that began approximately like this: 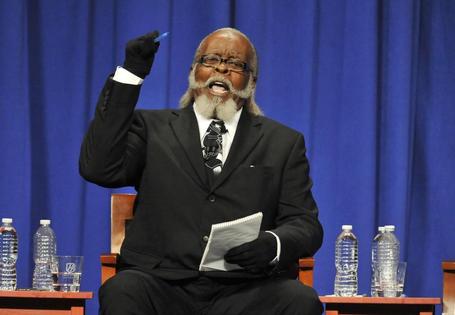 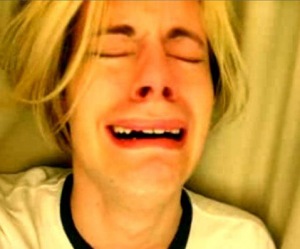 Or was it that you happened to check on the reaction at ATQ as you read through the Tampa Bay contract for the final time? Did you see the absolute crapstorm going on and decide, man, if the fans are this concerned and upset about me leaving, then maybe this is the place I should be. Maybe if I come back for another year, the fans will realize how lucky they are to have me. They'll cheer louder; they'll stand longer; they'll be back in their seats for the second half kickoff. I've already transformed the culture of this program in three years; what can I do in another three, or five, or forty?

In any event, you're a big jerk for putting us through that shit. Don't ever do it again. I love you more than I can love a man I've never met or talked to, but god damnit, don't ever do this again.