Share All sharing options for: Tako Tuesdays: The Mirage

You people have a problem.

Ever since waking up January 3rd and heading to Brail's (if you were in Eugene), Roscoe's Chicken and Waffles (if you were in LA), or somewhere equally greasy and delicious for a post-Rose Bowl hangover breakfast, you've been silently counting down the days to spring practice. It had been mere hours since Russell Wilson's snap fell fractions of a second too late, and you were already itching for another fix.

January dragged along. February was worse. March? Torture. Sure, the basketball team helped a little, but there just isn't enough scoring in basketball. I mean come on guys, 59 points? Get it together.

Finally, April, and some bushleague website is making you sit through a bunch of bullshit. You're so close to what you crave, and we're up here on our pedestal, playing with your emotions. An psychological test of the highest order. You made it.

And now spring practice has finally arrived. And what do you get? 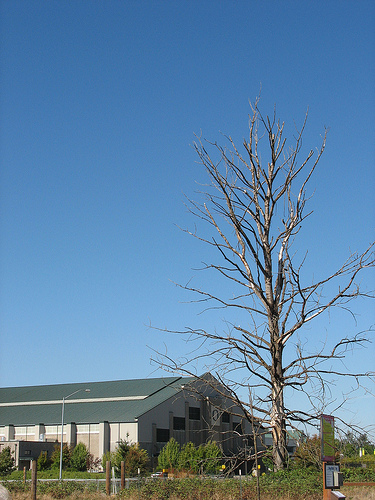 If you head over to the Mo Center today, you can see as much of this as you want. Take a look at that tree. Crazy ass branches. Has it started growing back leaves yet? You'll have to lace up the trail shoes and find out. The dog park, it's there. Soak it in. Perhaps take a visit to the Science Factory. It's a weekday, so it shouldn't be too crowded. But you sure as hell aren't gonna see any Oregon football. Practices are closed, to the public, to the media, to everybody who doesn't have a jersey number. Oregon football practice is more exclusive than Jay-Z's Cannes Film Festival afterparty. Though in both scenarios, Mark Helfrich is stuck outside, waiting for more girls to show up so the ratio stays good.

To sum up, you've gone and got yourself excited for something that NO ONE IS GOING TO SEE. That's like geeking out over swamp muck found on one of Saturn's moons, or taking a vacation to Loch Ness to try and get a glimpse of it's mythical monster guardian. Enthuse all you want, but don't be surprised when people look at you funny.

And so, to the surprise of no one, I'm reaffirming my general indifference to spring football. I'm glad our guys are getting reps, and get a chance to flex their competitive juices a bit. But, unlike some of you, I won't be clamoring for information about who played where, and with who, and how well. The worst thing a fan can do, for both your personal well being as well as the well being of the people you talk to, is overreact to something that happens in a spring practice.

Here is a list of things that should, under no circumstances, cause anyone alarm during a spring practice:

Lastly, and this can not be understated, NO ONE IS GOING TO BE ABLE TO WATCH PRACTICE. So any news about practice that you hear will come secondhand through a football department filter, with varying degrees of truth and coachspeak happening. If that's going to satisfy your craving for football, then by all means, soak up every bit of gossip you can. But just remember: you're just going to make the wait from the Spring Game to the start of fall camp that much worse. My advice? Reoccupy yourself. Take up knitting, yoga, or salsa dancing. Get psyched for the NHL Playoffs, the start of the MLB season, or new seasons of Mad Men and Game of Thrones. Speaking of Game of Thrones, read the A Song of Fire & Ice series - six books should keep you occupied until August. And if you really can't live without Duck football, watch madmike1951 highlight videos, or rewatch the Rose Bowl off your DVR for the hundredth time.
You people have a problem. You're beyond fixing. But I think, by providing a little clarity and an even keel, I can help ease your pain as we trudge on through the desert of the off-season. Spring practice may look like an oasis, but stopping to admire it will only make you thirstier. Keep moving, and you just might make it.