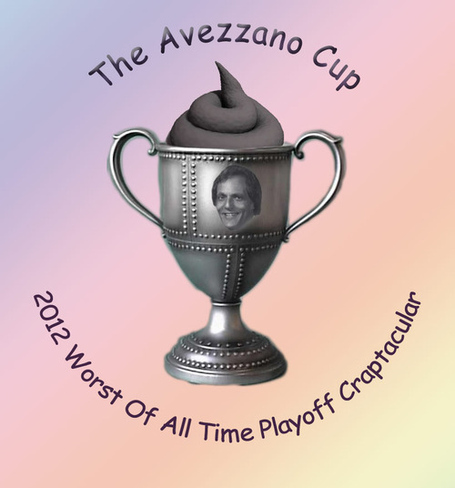 Try to contain your lack of enthusiasm, everyone!

Now that the riffraff has been expunged from the bracket, it's time to get serious with our quest to determine The Worst Pac10/12 Team Of All Time Where All Time Is Defined As The Last Sixteen Years.

For the quarterfinals, we will be taking a quick look at some of the players involved, because this can't all be about the coaches, even if it is.

Onward. This is going to be Fun! (That's "Fun!" in the Communist East Germany sense, hence the capitalized F. That's an order!)

How They Got Here: 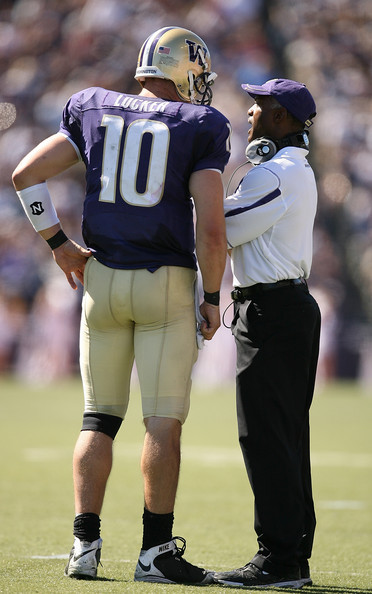 A Quick Look At Some Of The Players Involved:

Undoubtedly the most famous player in this game, and perhaps the entire Avezzano Cup, is QB Jake Locker. This winner of four preseason Heisman Trophies was also a former future #1 NFL draft pick. You could mark it down! 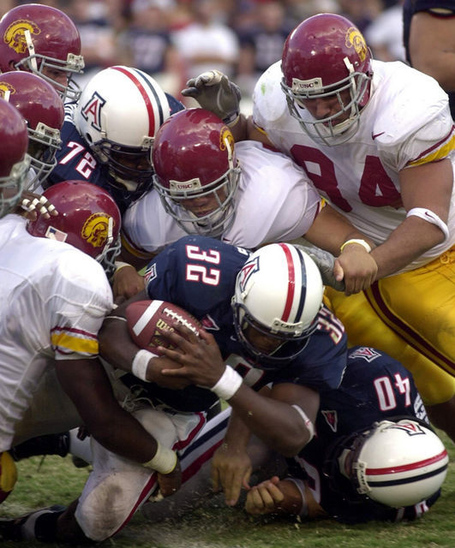 RB Clarence Farmer was Arizona's most outstanding player in 2003. Of course, he was kicked off the team.

A gifted running back who gained over 2500 yards in barely two seasons, Farmer repeatedly clashed with HRH John Mackovic and his jester, Mike Hankwitz, at one point during spring ball in 2003 telling reporters he'd "rather not talk to [Mackovic] if he didn't have to." In response, Mackovic suspended him from the rest of spring practice, and only used him as an afterthought during the first five games.

Any hope that Farmer might recover from being coached by a douche was abandoned when interim coach Hankwitz cut him, for "undisclosed reasons," after the 42-14 loss to Cal.

Years later, Farmer exhibited not a trace of bitterness in an interview:

"It affected my life in a huge way. To this day, I feel like I lost millions of dollars just because of (the situation)."

(Since Mackovic is being allowed to coach the team he was fired from, it's only fair that Farmer has also been reinstated for the duration of the Avezzano Cup, in the hopes that a standout performance will help him get back one or two of those millions of dollars.)

2003 Arizona, behind the one-two punch at running back of Mike Bell and Clarence Farmer, rolled out to a 27 point halftime lead and coasted to victory in the Avezzano Cup quarterfinals. Bell and Farmer combined for 212 yards rushing on 38 carries. The Wildcats had all the points they needed halfway through the first quarter, when Ryan Eidson made a brilliant catch on a pass from Kris Heavner and rolled into the end zone, giving UA a 14-0 lead. The 08 Huskies turned the ball over four times and only managed 231 yards against the stingy Arizona defense. Although Washington QB Ronnie Fouch was almost completely ineffective, throwing a pick-6 and finishing 15-36 with two INTs, UW Coach Ty Willingham protected current and future preseason Heisman Trophy winner Jake Locker by keeping him out of the game until UW's final series, after which Locker utterly dominated the Wildcats, going 0-1-0 and carrying the ball 1 time for no yards in a full eleven seconds of action.

The mighty 2008 Huskies survive what should have been a serious threat to their status as the prohibitive Avezzano Cup favorites. 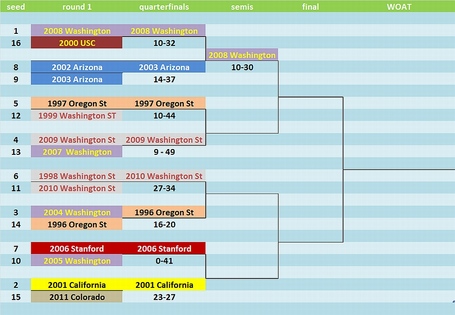