Tako Tuesdays: Business is About to Pick Up

Win tickets, imagine Colt Lyerla in a singlet. It's a win-win.

Share All sharing options for: Tako Tuesdays: Business is About to Pick Up

If you know one thing about me know this: Varsity Blues is my favorite sports movie.

Okay, if you know two things about me, know that, plus this: WCW/NWO Revenge, for the Nintendo 64, is one of my favorite video games of all time. It came out in late 1998. I was 11, arguably the most appropriate time for a person to become engrossed by professional wrestling. I played that game through college, when my floormate in Tingle Hall (the immortal and magnificent Ben Finch, in case he's reading this) turned winning the Tag Team championship into a drinking game. But before that, my love for the spectacle of pro wrestling was stoked by a trip to my one, and only, pro wrestling event of my life: WCW SuperBrawl VIII. Sting vs. Hollywood Hogan (following his heel turn to NWO) was the main event, but all the big names of my childhood were there: Diamond Dallas Page beat Chris Benoit, Kevin Nash and Scott Hall tag-teamed the Steiners, there was a Guerrero involved (unfortunately it was Juventud), a young Goldberg trounced Brad Armstrong - just one of his 173 consecutive victories - and even Ultimo Dragon and Disco Inferno won matches. For a kid who didn't care how the sausage was made, and just wanted to see huge guys say dumb things and get punched in the head, this was Mecca. My fanaticism faded dramatically as soon as, well, as soon as I figured out how much fun I could have making out with girls. But wrestling was definitely a memorable part of being a kid, and is something I won't forget. Now, to the good stuff!

ATQ has gotten the opportunity to give away two pairs of tickets to the WWE Live! event at the Portland Rose Garden on Friday, August 16th. Here's the corporate spiel. 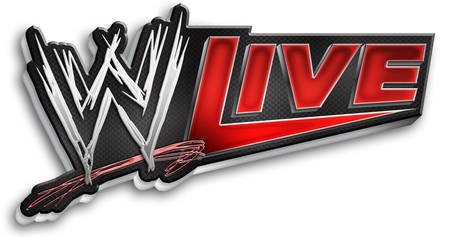 with WWE LIVE, Friday, August 16 at the Rose Garden. This will be your chance to see

WITNESS A MASSIVE SHOW AS:

Alberto Del Rio in a Champion vs Champion Match!

Mark Henry in a Six Man Tag Team Match against The Shield!

Team Match against R-Truth and Kane!

E Langston, The WWE Divas and MANY MORE!

WWE offers the best value in entertainment, with tickets starting at $15. Tickets to WWE

LIVE at the Rose Garden are on-sale now. Tickets are available at www.rosequarter.com,

Charge by phone 1-877-789-7673, all participating Safeway/Ticketmaster outlets or at

Now, I'm tasked with the job of tying in a WWE match to Oregon sports. This would be easy if this were the upcoming UFC Fight Night on Fox Sports One, featuring former UO wrestler Chael Sonnen. This would be easy if it were tickets to a preseason NFL game featuring any of the number of Oregon players in the League. But it isn't. It's pro wrestling.

But a connection is there. Many pro wrestlers were college athletes before they entered the ring. Dwayne "The Rock" Johnson was a defensive lineman at The U, the aforementioned Bill Goldberg was a productive DT at Georgia before an injury-plagued four year NFL career, and Stone Cold Steve Austin attended North Texas on a football scholarship. Kevin Nash played basketball at Tennessee, and The Big Show was a JC standout in Oklahoma before finishing his college hoops career at Wichita State. Those are only a few stories of pro wrestlers succeeding in college athletics, which makes me wonder: are there any Oregon football players with a wrestling career in their future? Here are a few I think would be exciting to watch:

De'Anthony Thomas
5'9", 180 pounds
Nickname: The Black Momba
Sidekick: Gucci the iguana
Catchphrase: SEEN A TITLE BELT
Finishing move: You know the part of the movie Superman when Superman flies around the world so fast he reverses its rotation? Yeah, that.

Colt Lyerla
6'5", 250 pounds
Nickname: The Stud
Finishing move: The Dump Truck
Catchphrase: Sandy Hook was a conspiracy! YOUR BALLS ARE MINE!

Now it's time for you, dear readers, to stretch your creativity and try and win some tickets.

To be eligible to win a pair of tickets to the WWE Live! event, you'll have to enter to win HERE. We'll need some info from you so we can inappropriately email you after we've had too much Don Julio contact you if you win, plus something extra. We're asking you to "cut a promo" as an Oregon player. What does "cut a promo" mean? It's basically the wrestler monologuing about whatever his persona is, in order to let the audience know if he's a good guy or a bad guy. Essentially, it's what drives the plot of pro wrestling. And we want you to write your own, as the persona of an Oregon player. Pick a player, write a promo. Best one gets the tickets.

We'll also be giving out another pair this week via social media, so be sure to like Addicted to Quack on Facebook, and follow Chesterfield, our trained social media gorilla, on Twitter (@AddictedtoQuack) for another chance to win!