The first week of the 2014 cross country season is in the books, and the Ducks are still atop the West.

The first regular season Regional Team Rankings have been released, and the Ducks are at the top of the West Region. After a win at the Dellinger Invitational on September 5, the Men of Oregon held their No. 1 ranking  while the Women of Oregon also remained at the top despite a disappointing third place finish at the meet. 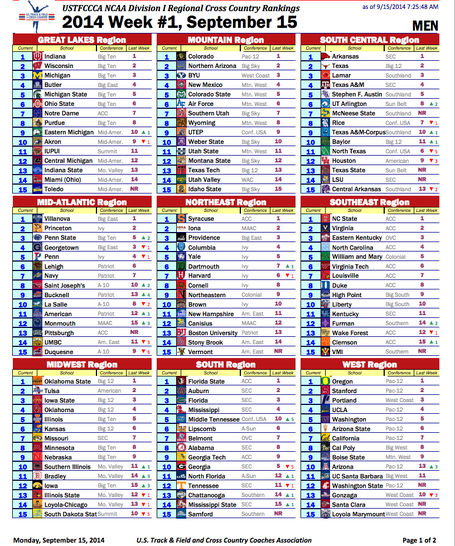 On the women's side, Pac-12 teams took the top three spots in the West with Oregon at No. 1, Stanford at No. 2 and Washington at No. 3. The Huskies swapped spots with Boise State as the Broncos fell to No. 4. The biggest drops came from California and UCLA as both schools fell four spots. Portland had the biggest improvement, climbing three spots to No. 7. 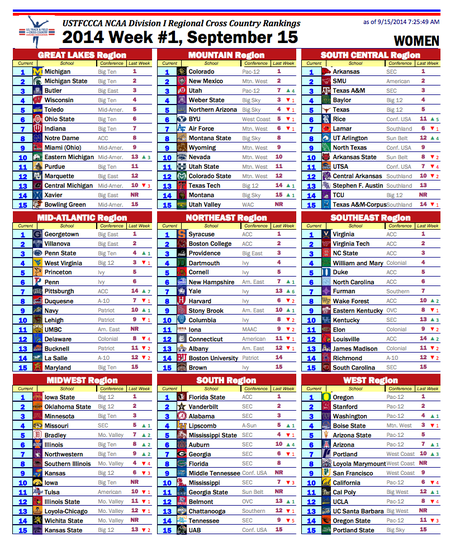 In the coaches poll, the Ducks held their spots from the previous week with the women at No. 2 and the men at No. 3. Meets don't start counting for the NCAA Championships until September 26, so not much movement is expected early in the polls.

In the women's poll, Michigan State joined the top five after their impressive showing at the Dellinger Invitational when they battled temperatures reaching almost 100 degrees to defeat Oregon. They climbed three spots to No. 3. Along with Oregon, Stanford (No. 4) and Colorado (No. 7) are also among the top 10. Washington sits at No. 14 currently. 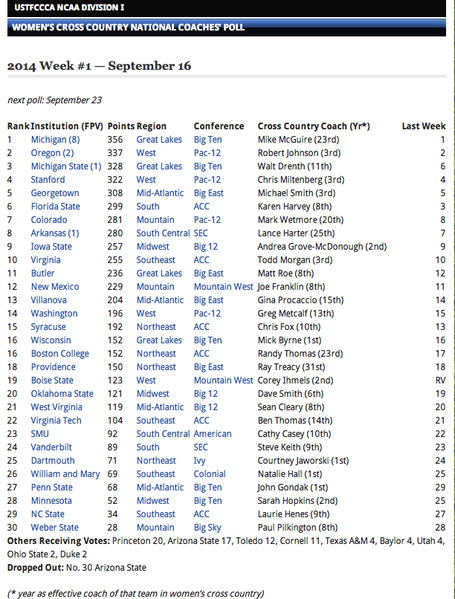 For the men, Oregon remains at No. 3. Fellow Pac-12 member Colorado tops the rankings while Stanford sits at No. 5. UCLA (No. 24) and Washington (No. 27) are also among the top 30 in the nation. All five schools held their spots in the poll from the previous week. 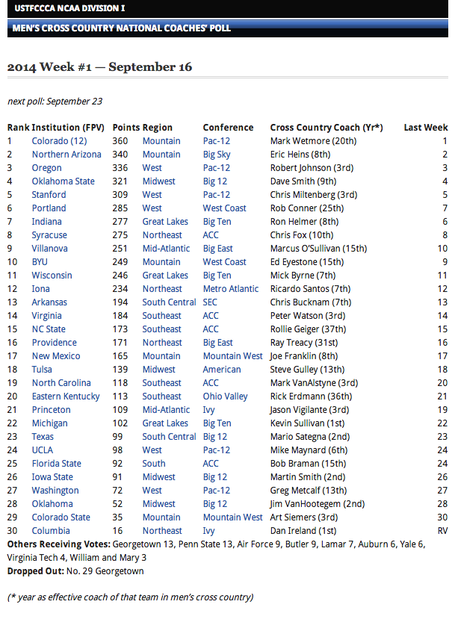 Oregon's next meet will be next Friday on September 26 at the Battle in Beantown. For those of you not familiar with your city nicknames, that meet is held in Boston. As this will be the first meet that counts towards the NCAA Championships for the Ducks, we should start to see some fast times and stiff competition heat up in Boston.