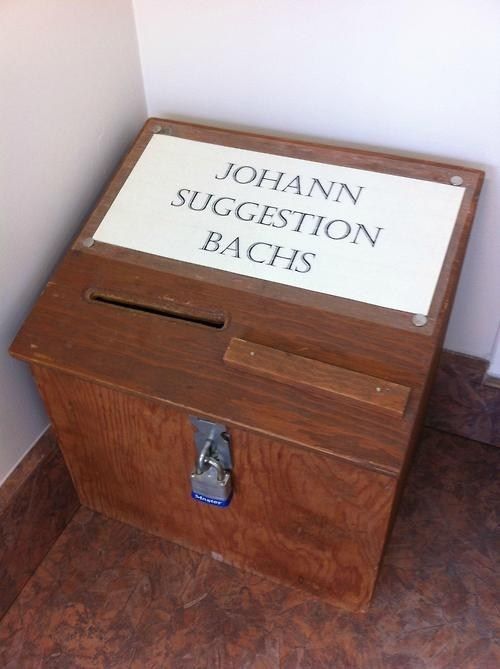 Seems like a good time for one of these. I figure rather than complaining reactively on an article or getting buried in the QF comments, here we can toss around some ideas that will hang around for a week or so. Maybe the mythical Powers of ATQ will even have a look. A Duck can dream, right?

Here's an LP-style novel of my thoughts. Don't roll your eyes, I can't help it:

1. Quack Fix – the most dire problem affecting our community. Lately it's not uncommon for us to go over 72 hours without Quack. Didn't get one the day before our biggest rivalry game last week, which is par for the course.

Part of the issue is each day is divided up between a different "mod" (using that term loosely) but many of them don't seem to have any other involvement in the blog. No idea who Dux4ever or Brandon Levesque are – I'm sure they're good people, but can't imagine what they get out of the chore posting 3-4 links here once a week, and it shows because a lot of time it's not done.

It's the main environment we communicate in here, 90% of ATQers come primarily for the conversation therein, ergo it's important. Just a thought – no idea if it's feasible – what if a few regulars got basic posting privileges? i.e. no mod stuff, just the ability to throw up a QF in the morning.

2. The 2016 Piraro Incident – Here's the thing IMO: those posts (of which there's a pretty strong consensus so I'm not going to belabor that) are more a symptom than the problem itself.

It started with Haisten, whom I have no problem talking shit about because it's the most transparently vapid AD/Nike-approved garbage ever posted on this site, and he verifiably has zero connection to us or the team except that someone pays him. We never asked for fluff PR retweets from a Georgia Southern fan, but we sure as hell got them and even after constant universal feedback he still vomits that stuff up a few times per week.

Who made the decision to bring it on, and why? Whoever did, do you understand that it actively alienates people from the blog?

Then other non-Ducks arrive. TianaAument actually puts together the best QF by far and it's cool to see a female presence in our pretty un-diverse (I think?) community, but IIRC she's not a Duck, is from Florida or something, doesn't really interact with us, and is somehow involved in sports PR – she maintains Paul Pierce & Deron Williams' official websites for example. Again, why bring her on?

Tony I won't go into, except to say that he seems to be the "main" football writer here. Thing is, I never saw a "We're Looking For A New FB Writer" shout-out, he just appeared one day. God forbid we look to the community or at least actual Ducks fans who aren't just looking for juicy Yahoo Sports x-post clicks on their hot takes.

It would be really nice to hear from Sean about this direction and the thought processes that led to it.

3. The Writing – Contrary to what sometimes gets implied, we don't require Pulitzer-worthy material. All we ask is for a minimum of fact-checking & editing, maybe a *slightly* well-informed or original angle on something, but most importantly authenticity – which is automatic if you've got it but almost physically painful when faked.

I've been doing those 13 Questions pieces, well aware they're not perfect by any stretch but at least (I hope) it comes across that I'm a huge Ducks fan, really enjoy the Pac-12 and CFB, put some thought into them, and am part of the community. That's all we ask.

As for the "these people are writing for free, so take what you get and like it", IMO that leans toward the BS end of the spectrum. First, the non-Ducks are obviously getting something out of it (exposure if not $$) because there's zero other reason to be here. Second, there are countless blogs all over the net by enthusiasts who put out great or at least authentic content. No one's stopping ATQ from publishing mostly canned pieces that are painful to read for any real Oregon fan – but then it would be a crappy blog.

And for the "Just don't click the article" reply: we're not a strict forum type platform where the primary feature is member-created threads – like it or not, as a blog we do count on writer-created content as a starting point for our conversations.

4. Absentee Landlord/Mods – Self-explanatory and mostly covered above. Far as modding goes, we're at a point where trolling is neglected for days yet an entire thread (with some perfectly fine comments) is nuked outright. Big disconnect between members and staff (TWSS), but could be noted that it's a one-way disconnect because we're constantly trying to give feedback.

Pretty sure if there wasn't such a strong longtime community of awesome people here (seriously, you guys are the best) some of us would have jumped ship the past year or so. Let's up our ATQ game and keep this thing rolling.

That being said, I really appreciate some of the contributors here. AJR's previews and inside perspective are great. Thanks to Rusty for taking some time to mod. The non FB BB coverage (T&F, etc) via Sextape and others has been outstanding this year, keeping us up-to-date on stuff that's not always available on TV. Many thanks to you guys.

God, that's long. I need to not write these things directly after my morning coffee. I'll shut up now, feel free to add your own thoughts or ideas if you're so inclined. If any of the staff could take a minute to offer their perspectives that would be great too.