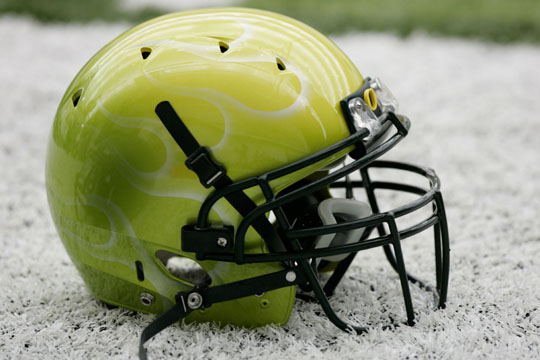 Because my optimism should be mixed with a dose of hot fire.

Update: Now with toss up leaning action! (Thanks Kuhlduck)

I started my (decidedly) optimistic view on the Ducks' season last week in a comment thread, and I figured I'd continue the trend, updating weekly heading into each game. These views are purely subject to bouts of PANIC, with a touch of manic, and an occasionally irreverent nature.

As for what I said leading into last week's game against the Wyoming Josh Allens:

@WYO - Toss up. Leaning towards a W, Josh Allen could torch us pretty bad. I’m relying on our defense to continue its disruptive ways.

Well, our defense certainly was disruptive, and Josh Allen was about as effective as sand-laden lube.

@ASU: Win. This will be another stupid shootout in Tempe, but ASU is still a dumpster fire, and there's no way Todd Graham isn't standing in a soup kitchen line for millionaires before season's end.
(4-0)

CAL: Toss up, Oregon lean. I called this last week as a win, but there's a slight chance these teams could face each other undefeated and ranked (if Wilcox' defense works some miracle magic against U$C).
(5-0) or (4-1)

WSU: Toss up, Wazzu lean. I'm curious to see how well the secondary has developed by this point, and if they continue to trend up on their ballhawking ways. If only Luke Falk could play OSU every week, he'd be the runaway Heisman winner.
(6-0) to (4-2)

@STAN: Toss up, Stfnardo lean. I had this pegged as a loss, but Stanford is reeling a bit. Of course, Shaw has had teams faceplant to start the season, only to rebound by this point. I'll take the vulnerability with some comfort of possibly eeking out a win in front of a crowd of 15 on The Farm.
(7-0) to (4-3)

@fUCLA: Win. I thought Josh Rosen might save Jim Mora's job. Now? I'm not so sure. They had to rally back from 436.5 points against A&M, and lost to a Memphis squad that beat ULM by 8. This is largely dependent, again, on our secondary; Rosen is showing a tendency to throw some stupid ass turkeys, which I expect us to capitalize on.
(8-0) to (5-3)

UTAH: Toss up, Utah lean. That close victory against BYU may start to look worse and worse as the season goes on. We'll see what kind of identity the Utes develop by this point in the season.
(9-0) to (5-4)

@wASH: Loss. It pains me every time to type this. My newborn son does not know what it's like for the Ducks to have stomped the pups in his lifetime. I pray this trend reverses in the near future.
(9-1) to (5-5)

ARIZ: Win. Close loss to Houston, two wins against Charmin Ultra Soft competition (UTEP lost by 17!!! to Rice), again, I will be shocked if we get to see RichRod's shitty face by the time this game rolls around.
(10!-1) to (6-5)

OSU: Win. I'm on a job down in Corvallis right now, and the air is heavy. Not from smoke, but from the dour attitude of Baver fans. It's gonna be a long season for this football team.
(11!-1) to (7-5)

Bowl Game: I'm still sticking with a loss if we reach the upper end of my incredibly optimistic prediction, and a win if we're at the lower end of things.

Optimism level: Moderate. I sincerely doubt we'll reach 11 wins. It would take a massive, super-duper, heaping helping of luck to reach that number of wins. I think the lower end is certainly more realistic. I'll take anything over .500 this year.

What's your outlook for this season? Where do you fall in the range of wins?