Oct 13, 2018; Eugene, OR, USA; Oregon Ducks head coach Mario Cristobal motions to an injured player during the second half against the Washington Huskies at Autzen Stadium. The Ducks won in overtime 30-27. - Troy Wayrynen-USA TODAY Sports
×

So Happy we won, and it made the rest of my weekend / early week better. Uw was a tough opponent and their defense did better in pass protection than I thought they would. While we moved the ball better than most thought we would. I am glad I called the special teams being key to the game. I was 15 points too high in my prediction for Oregon's output for points, but in the end the win is what is most important. Except in the eyes of S&P+ the computer seemingly felt we got super lucky to win the game. our overall rating this week is the same as last week, our offense moved up a little and our defense went down a little. Uw some how went up in overall rankings. not sure how to explain it other than S&P pretty much cannot explain our team right now. More on that later.

The weather down here in this part of Texas has reminded me of home. it has been in the 40's-50's and wet. everyone has been looking at me crazy wearing shorts and sandals. I just tell them this is nice weather where I grew up. it reminded me of those old Henry Weinhard's commercials.

Still no sleep, but this week was better. this weekend should be nice, there is an F1 race in Austin and I will be taking my oldest to go see the cars race. She has loved going to the races so far. She really likes watching the motorcycles when they come to town. So between Ducks football and motorsports she never stood a chance. After the races we always stop in a little town in the middle of no where named Lockhart. The BBQ there is phenomenal and I always leave feeling like I may explode. My personal fav BBQ joint is Kruez Market, pronounced "Kritz" with a hard I. 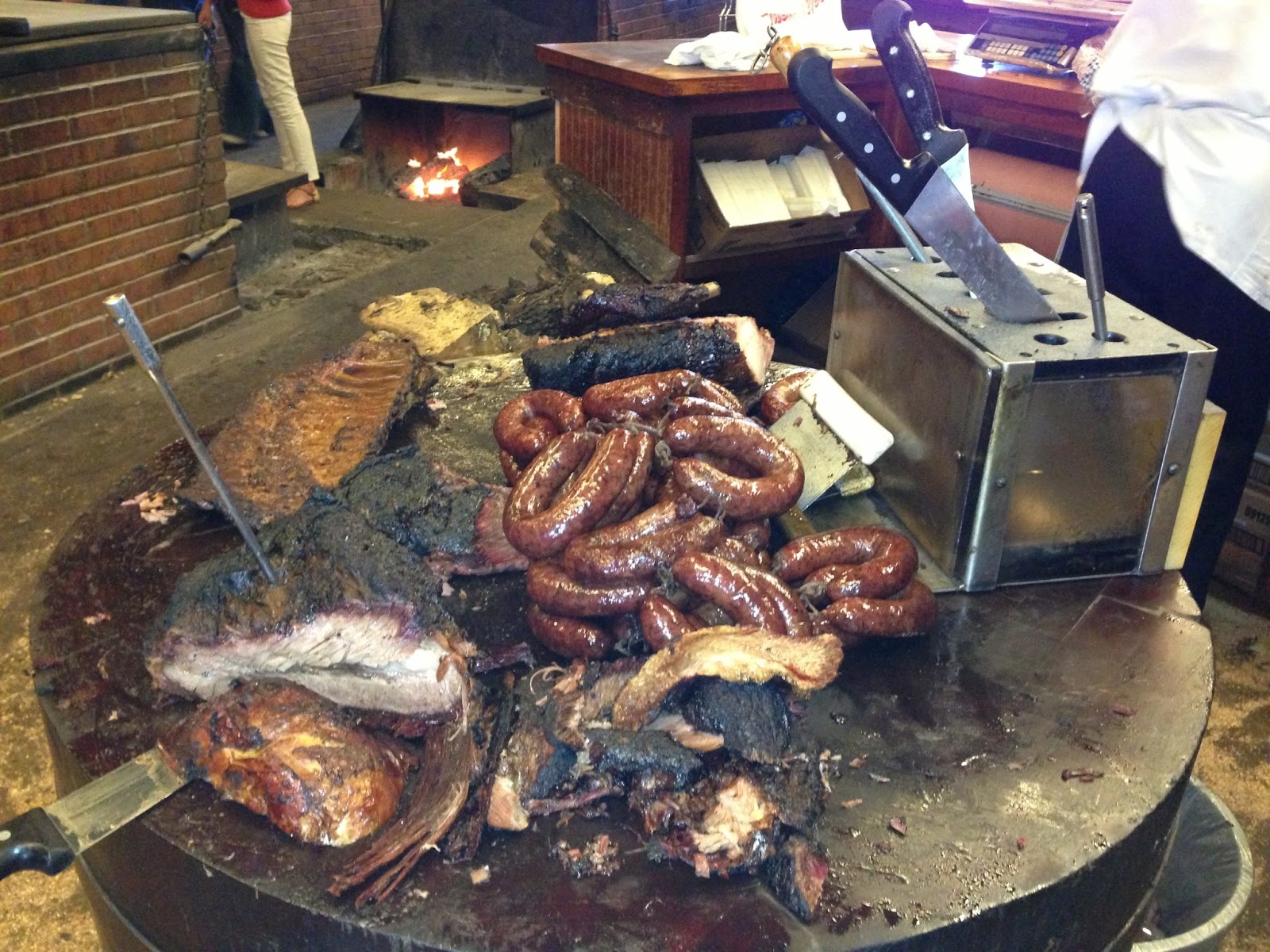 They slice the meat at the table in the center then serve it to you on butcher paper, no plates. The first time I went to this place their brisket was one of the best foods I had ever tried in my life. my wife and I had gone on a bit of a BBQ run that day and had tried out 3 different places. Kreuz was both of our favorite so when ever we can find a reason to run by we always do. we always get Brisket, then we normally get ham or turkey depending on how we feel that day. my wife always has to get their german potatoes. she loves them so much and it was one of the few food cravings she had while pregnant.

now that I am hungry.

Last week Uw was pretty heavily favored and we had to dig pretty deep to find where Oregon could succeed. This week the Cougs are much closer in rankings overall and have advantages in defense and special teams but our offense rankings are a wash. So we played and beat a better team last week and we got no bump in our ratings. love it!!! currently S&P+ sees Wazzu winning by 3.1 pts at home. we were over a 6 point underdog to the dawgs last week.

Five Factors this week looks close just like the overall rankings. we will both be the best offense each other has faced. Wazzu has faced some good defenses in Utah and USC. we have faced at least 3 teams better on defense. they are slightly more explosive but not crazy, and they do a better job of scoring when given the opportunity. but they do bad at stopping scoring when the other team is in position. and they have much worse starting field position on offense and slightly worse on defense. Wazzu has slightly worse luck than us with turnovers.

at first glance these numbers really point to a defense optional barn burner.

some interesting stuff here that seems to point towards both offenses doing well. Our running game is not super efficient or explosive but we don't get negative plays. it would appear that the Coug defense is not great at stopping the run. The strength of the Coug defense is for sure on pass defense and getting pressure on the opposing QB. our strength in the passing game is preventing pressure on Herbert. I know we will miss Sewell for this game especially. So I anticipate more pressure on Herbert in passing situations. it will be imperative we attack them on the ground as much as possible and get yards where we can. On offense the Cougs prefer the pass, but they run efficiently when they run. it looks like they dont do a ton of explosive plays or long developing plays on offense. they have an extremely low sack rate so we won't get as much pressure on them as we have with other QB's. from watching a bunch of air raid offense in the past this is by design they spread you out and attack the advantages and stress you horizontally and occasionally take shots to keep you honest vertically.

I am liking these Bill Walsh stats, they really helped identify some stuff we exploited Vs. Uw. Here we can see that our offense is pretty good at staying on schedule and ahead of the chains. we do that by keeping 3rd down manageable. Wazzu's defense does a good job of preventing early yardage and making 3rd downs difficult. this will be one of the biggest turning points of the game. if our offense is successful at creating 3rd and short then we will keep humming. If Wazzu can stop us then it could be bad times for our Ducks. Wazzu blitzs well, we prevent the blitz well.

On offense Wazzu likes to get chunk yardage on 1st and second down. If Oregon's defense can get them to 3rd down we have an advantage. Wazzu is one of the worst at converting 3rd and short, our defense has been pretty bad at stopping it. we are very similar in success while being blitzed and success at blitzing. So it will be interesting to see who wins those strength on strength match-ups.

So a few things pop out on individual stats. looks like the Cougs WR Martin and Patmon are both tall and will be match-up issues for the secondary. Thankfully with air raid offense no tightends to worry about. looking at the Coug's defense, their defensive line is on the skinny side. this could be a big exploit with our new SEXY Iowa Offense. I remember the past few years they have been doing that annoying shift before the snap so hopefully we can do some hard counts and power blocking rather than zone blocking to just blow up their line. I would get much pleasure from running right at them since their defense is built to operate in space. where as our new offense prefers to operate in a phone booth.

interesting stuff here. the Cougs have the lowest run rate in the country. it looks like I am not the only one who thought it was a good idea to run on Wazzu. I was expecting a better Havoc rate from their defense given their high sack rates. we cause more pressure on passing downs which is great against most teams but with an air raid we really can't send extra rushers every single down.

Wazzu is average at Kicking field goals which is amazingly better than us it is actually a better idea to punt it or go for it than trot out our field go unit. we should never kick field goals ever again.

Wazzu is the best at punting. We are good at punting. we are much better at kick offs and Wazzu is awful at returning punts or kickoffs. So our team should have great field position all day.

which is more effective ground & pound, or death by a million paper cuts? who ever imposes their will on this game will win. Personally I like the advantages the Ducks have on offense and even though we will give up a few passes I think our defense does a better job at limiting the Cougs at what they like to do.