EUGENE, OR - SEPTEMBER 08: Tight end Kano Dillon #85 of the Oregon Ducks celebrates with teammates on the sideline after scoring a touchdown during the second quarter of the game at Autzen Stadium on September 8, 2018 in Eugene, Oregon. - Steve Dykes/Getty Images

Quick turnover this week. Last week I guess I should have gone with just the numbers and predicted a super close game. S&P nailed the point differential amazingly enough. Although if our turnover luck had held to its season average we should have Blown ASU out. Owell an ugly win is still a win.

Tuesday night I took my oldest daughter to Sonic drive in to get some ice cream after dinner. while we were driving home she said she wanted to take a trip and go on an airplane. I asked her where she wanted to go on an airplane trip to? She said she wanted to go to Oregon so she could see the football players. so now I am looking up ticket prices for trips to games next year. Although if the Ducks can get picked for the Alamo Bowl then I can get out on the cheep and just take her down the street to watch the game. SO come on Chaos and get us picked for the Alamo Bowl. 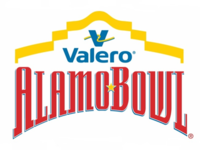 I was able to get some good bbq for a work lunch for my employees for Thanks Giving. I went and picked up the 15 lbs of meat. it was really difficult driving back to the office and not sneaking a bite. Had the best air freshener ever on the way home the smell of bbq still lingered.

ok enough of me waxing,

The Beavers are the worst defense we will have faced this year. the Beavers actually have a better offense than several teams we have faced. Special teams we are pretty neck and neck. S&P predicts us to win this one by 18.3 points.

OK, the world is trying to trick me into losing all my panic for the game. there is literally no way the OSU defense should even put up a fight in this game. and their offense will do some things but not enough. They will turn the ball over and we should be able to add to our turnover margin / turnover luck for the season.

The Beavers defense is bad, we can pass or run pretty much on any down and it should be successful. if we struggle to produce then FIRE ARROYO!!! on offense the Beavers can move the ball on the ground, they do give up a bunch of sacks and should not be able to produce explosive plays passing. I have not watched almost any Beaver football this year but our D-line should live in their backfield, and the DB's should be able to stay with their receivers.

if I hadn't mentioned it before OSU's defense should in no way get any pressure or be able to stop our offense. We should bully them up and down the field. their offense on the other hand does not do a great job of staying on schedule so we should be able to force some 3rd and long. We need to make sure we force punts. if OSU can get within the Duck 10 yard line on offense they are one of the best teams in the country at scoring from point blank. We just have to keep them outside the 10 yard line and it looks like they will pretty much sputter out.

Looks like the Beavers do a good job of getting their players into one vs one spots. which could stretch us out and cause miss matches. On Defense they shouldn't cause pressure on our line or Herbert, and they shouldn't be able to deflect or intercept the ball. So if the Ducks can get out of their own heads and catch the damn ball it would be nice.

Big difference in special teams is the Ducks are much better at returning punts and kicks. otherwise its a wash.

Beavers will hang around on offense if we let them, but they should not be able to hang with us because of how much worse their defense is than ours. This should be a massive blow out just like S&P predicts.