I plan on breaking down our regular season stats as a whole then in a week or 2 and breaking down the Red Box Bowl match-up with MSU. The past 4 months have just flown by. That could be because I really have not had a full nights sleep in at least 2 months. not that I am counting. Also it could be because the College football season is just so short.

This was the first year of using ESPN fantasy football. In all honesty it wasn't as bad as some people would have had us believe. I do still prefer Yahoo's interface, but ESPN wasn't too bad. although I am still adamant I would have won it all if we had been able to use Yahoo. 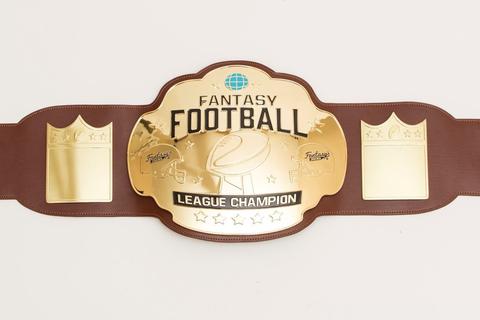 On the work front, just made it past a year now as a manager. All the new has worn off, I have learned a lot. I also understand why every boss I have had is so jaded towards people. 8 or so months ago I had hired a lady, before I had, my plant manager said he had interviewed her before and couldn't tell me why but he just got a bad vibe. Me thinking I knew better and could make it work went ahead with the hire. a few months in and she really wasn't working out and she was trying to get transferred to another location that didn't have her position open. So she proceeds to accuse a coworker of making her workplace uncomfortable. I guess thankfully at the time I was never informed of any of this info. She had bypassed me and gone to the plant manager and then he referred her to HR. Based on every thing she presented to both of them the coworker was guilty of being friendly. Both my plant manager and HR offered to speak to the other employee about it and she asked for them not to. about a week later she quits and I find out about the incident after that. Since I wasn't involved in any of it I can't speak to the other employee about it. about a month later we get hit with a lawsuit. alleging we created a hostile work environment by not letting her transfer to the other location. Even though both HR and plant manager offered to assist in resolving the situation. I don't know all the nuts and bolts of the legal proceedings as we have a legal department for such things. I do know that our plant was charged for $2500 for legal expenses the next month. So if that was the settlement and after her legal fees I can't imagine she got any money out of it. Long story short I learned to trust my plant managers gut, and also to dislike people in general. Also I was at least a little glad that I was not named in any of the legal proceedings and wasn't even interviewed. 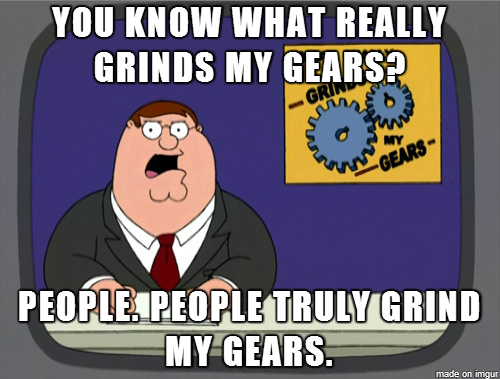 As a manager we are starting year end reviews for all the employees and in that vein. Going over my own performance in these posts We are finishing up my second season of posting on ATQ. I think the stats were better this year but I feel I was less zany and funny with my posts. I blame my lack of free time. If I manage to make it to next year and feel like punishing myself with another season of this I will probably do more prep work before the season getting articles ready so I don't have to feel so rushed all the time. If any one wants to take the torch and do a better job then by all means. I only took it over because every one else was lazy and didn't want to do it.

So we finished 47th out of 130 ish teams. Not where any of us wanted to be, but the numbers are the numbers. lets see what probably caused our pain.

To me looking at these numbers in particular set off a huge red flag. We were not very good this year. We had a pretty easy schedule and we did poorly overall, but why?

According to S&P these stats are the largest predictors of wins. The Ducks offense was not super successful or efficient. We also were not explosive. We did well with starting field position on offense, Which is largely based on our special teams and specifically punt returns and kick returns. As disappointing as the offense was, the defense was much worse in every aspect. The defense and kicking game lead to these issues. Not good starting field position due to bad punts and kick offs lead to the defense being behind the chains. After that they really couldn't stop the opposition often enough to help the team.

Turnovers we were slightly unlucky but about where we should have been. We had a couple of blaring examples of this at the end of the year with feast or famine on fumble recovery luck.

Here we can kinda see if you go back through my previous posts and track the offensive line stats how much we missed Sewell. These stats never really loved our offense, but the relatively low stuff rate for rushing holds out hope for the future. We lacked explosiveness in the rushing game and watching our games you will all say thats what you get for running up the middle every play. It sure seemed like the offensive coaching staff preferred to grind out yards on the ground then go for the big plays in the passing game. Really the best thing we did was our passing downs and passing in general. Some would point out that the passing game was successful because teams were loading the box to stop the run and that made the play action pass more successful.

These were all new stats for this year, and really it gave glimpses of why our offense did well when it was working. The offense was really good at staying ahead of the chains. That lead to the Ducks doing well on 3rd down. That also lead to big plays and success when teams tried to Blitz us.

As many of you remember we have had problems with being backed up and having turnovers, as well as being on the opponents goal line and turning the ball over. so while overall our turnover rate was "ok" the timing of our turnovers and of our opponents turnovers really skewed on the bad side for us. the 2 places you really don't want to turnover the ball. we had a few game changing turnovers go against us while not forcing many on the defensive side.

on the defensive side we did not do a great job of making it difficult for teams on 3rd down. we gave up very manageable 3rd downs which means the defense was on the field longer than they should have been.

a few interesting notes, Justin Herbert had a "good ish" year, but it could have been so much better with a higher completion rate. Our most effective passer was our punter. I know sample size and all, but maybe we should have had him in their rather than BB.

None of the running backs really stood out as amazing. Whether that was playcalling , or offensive scheme, or just lack of talent I am not sure.

The Catch rates were not great across the board, but a few stand out like JJ III and Kano Dillon with the sub 50% catch rates. If our primary pass catchers were closer to 70% catch rate our offense would have been amazing.

We seemed like a fairly balanced team on offense. the only thing we didn't do was run the ball when the defense was expecting the pass. Which yeah I can't remember us doing a lot of draw plays or things like that on 3rd down. Mostly because our 3rd downs were manageable so we could pass or run and not limit the play book. The offense did not do a good job of producing openings where our playmakers were out in space.

Teams did not really choose to run against us. interestingly the linebackers did a good job causing havoc, also we did a good job breaking up passes and intercepting the ball.

The coaching staff has a lot to work on this off season to improve, both in talent and in scheme. I can't think of an area that was "good enough". I hope Mario has a good plan in place for improvements. We especially need help on defense and with the kicking game.

Overall the first year of the Cristobal era was what it was. when the offense clicked it was scary good. Most of the time because of injury or scheme it was inconsistent and left all Duck fans wanting. The defense was not good enough for the type of offense the coaching staff is trying to run. we need a lot more depth in the line backers and the D line. I think the defensive backs showed enough improvement over the year that it is no longer the main problem. I hope the incoming recruits help, but maybe we also need some better play calling from coach Pepsi.

So while I feel ok with how we did this year, I very much would like to see improvement. Our schedule gets worse next year so even a single game improvement in record could be a massive improvement with the advanced stats. I look forward to seeing next year.