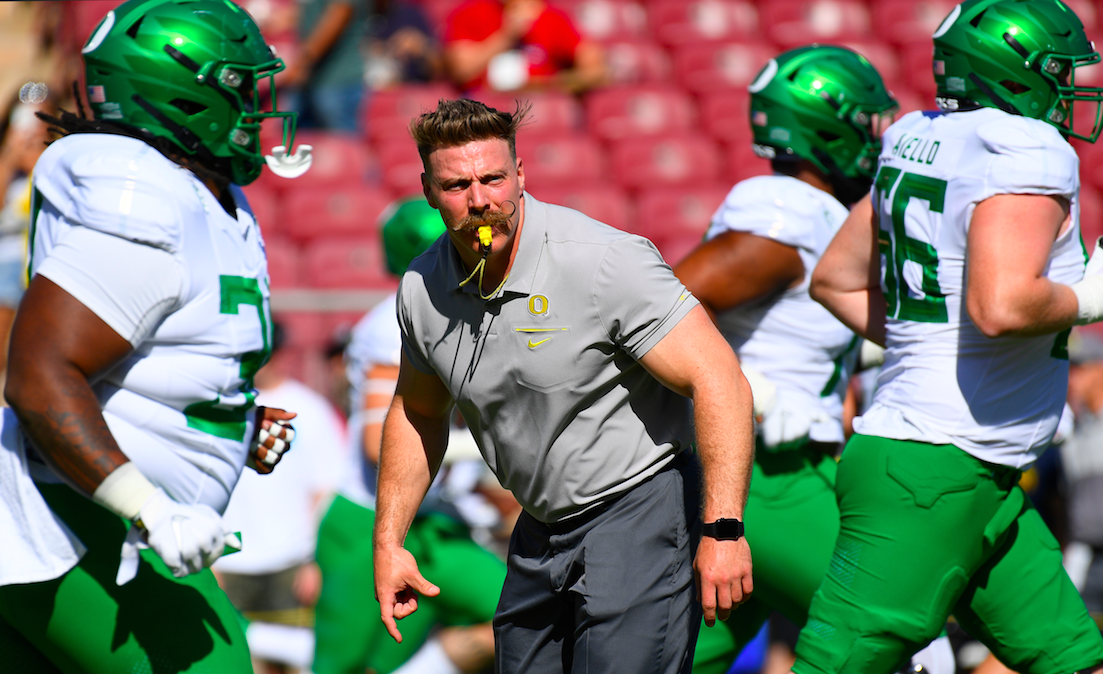 So losing half the team including the OC to the injury report can lead to a loss... who knew? Between knowing those facts, and spending the whole morning before the game at my kids Soccer games. I was more accepting of the Oregon outcome than normal. On Topic, my 4 year old daughter maybe the best soccer player ever. The morning of the Stanford game I asked her how many goals she was going to score that day? She plainly replied back, "um 11". I don't know honey 11 is a lot of goals. "I know dad". She then goes out and proceeds to burn the world to the ground.

1st quarter starts and I notice the opposing coach is an African American gentleman that has a Feld Mustache so I both love him and fear him. My daughter fears nothing and gets going scoring 3 goals, also stops a few attempts from the other team. Dos quarter she scores 4 goals, and keeps up with the defense stopping a few more deep runs near her goal and methodically marches the ball back to turn defense into offense. Half time and she is sitting at 7 goals, her team had another goal, and the opposition had 1 while my daughter was taking a forced water brake. I thought to my self I should never question her again. III quarter starts and she gets 2 more quick goals, then her coach calls off the dogs and makes her stand next to him back on our side of the field. A different team mate scores a goal and the other team can not seem to make it past half way. We had 8 players so we were using a heavy rotation playing 4v4. Vier quarter starts and the opposing team managed to get the ball onto our side of the field... big mistake. My daughters coach tells her to go get the ball and she shoots off straight to the ball steals it and runs straight to their goal. 10 goals, and about 5 minutes left in the game. my daughter gets sat down for a water brake. Ohh no, one goal short, 10 is still pretty good right? Wait, one of her teammates doesn't want to play any more, as U5 kids want to do. My daughter gets back in, flies straight to the ball and scores. 11 goals. in basically half a game because of the subbing. Now my wife and I do our best to teach our kids good sportsmanship and what not. several of the parents on the other team were visibly upset by what they had just seen, despite our coaches best efforts to slow my daughter down. It was just crazy.

Then this past Saturday comes around, My wife over hears the opposing coach lady humble bragging about how their team had just won the week before 12-3 despite her best efforts to slow the team down. Sadly both teams were short a few players, their team had 5 and so did ours. The first quarter was a brutal back and forth, no score. The four players they had on the field were strong and able to stay in front of my daughter. Zwei quarter my daughter starts to get comfortable with their speed and decides to just run through them rather than try to go around them. boom goal, then jumps on them at the next kick and boom another goal. my daughters friend and teammate scored her first goal of the season then my daughter follows up with 2 more goals to make it to halftime. Tres quarter starts the opposing team manages to score a goal while my daughter is on the bench. my daughter subs back in and the other team changes their defense and rather than trying to stop her they run straight to their goal and build a wall. my daughter and her teammate walk the ball down and proceed to force the ball past the wall in what best could be described as a rugby scrum. it was tough to tell who got the goal because there were 6 girls standing in front of the goal but my daughter thought it was her teammate who scored. IV quarter, our coach has my daughter standing next to him again on defense. she is ignoring the game just staring at him waiting for the signal. The other team is driving and gets past half way, then the sign. The ball is promptly stolen and straight to the opposing goal. So final tally against a much better team, my daughter scored 8 goals and had to work for every one. The other team managed a few goals and all 5 of their players were very good.

My other 2 kids in soccer did well too, but the 7 year old daughter is a bit more timid when it comes to acquiring the ball. She scored a few this week because she is super fast, but if she encounters any one in her path it is most likely getting stopped. the 4 year old boy would rather chase dragon flies or kick the ground. but He did get his first goal of the season this week so maybe it will click for him soon too.

We get Cal on Friday night. YAY, super excited. except not excited about ESPN, ugh.

Cal's mascot is a pretty fun rabbit hole. "his" name is Oski the Bear. and is 80 years old this year. 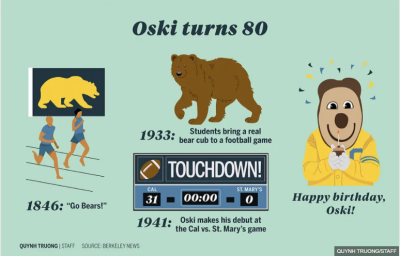 Oski was originally created as a comic strip, and an ode to Cal's losing ways in football. Warrington Colescott termed his creation a "funny loser". 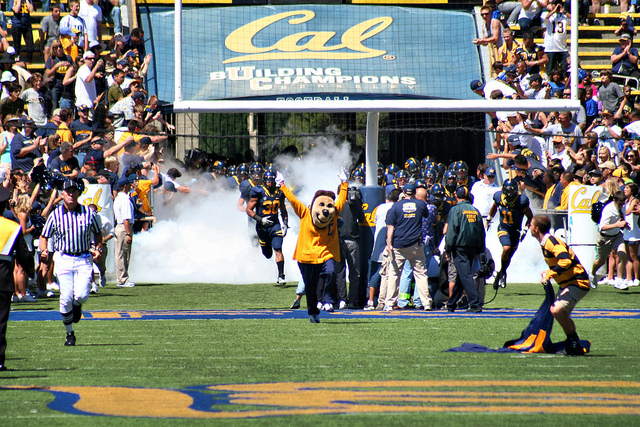 Not really as much funny stuff about Cal on in the interwebs. Also, I generally like the Cal fans as they have also had a similar history of supporting teams through much futility. SO I SAY

Oregon on Offense Cal on Defense

Cal is pretty stout vs the run this year, less so vs the pass. They don't do a great job forcing turnovers, just enough to make up for the offensive turnovers. They don't do a very good job of getting off the field on 3rd downs, so hopefully we can extend some drives because of this. It looks like this would be a good week to play Thompson.

Cal on Offense and Oregon on Defense

Cal looks pretty balanced on offense, They run pretty well which sets up the pass. They will turn the ball over if we give them the chance.

Most all of the advanced stats say Oregon should dominate this game, but some of the deeper stats I have seen that just came out this week has Cal's Oline ranked as one of the best in the nation. The same metrics have Oregon's Oline very close but behind Cal's. Other than that outlier I don't like Cal's chances. Although these things give me a bit of a pause and think maybe Cal could be a decent team if they had better luck.

If we were 100% this would be a laugher and we would have 11 goals before halftime. With Injuries to players and staff no statistic is going to be able to predict the outcome. I know Brown is going to start and I hope he plays well as the passing game is where we need to attack them. I think Moorhead will be at the game. So I think we win.