Getting ready for a trip to the Texas coast this weekend. Port Aransas here we come!! 4 kids in a minivan for 2 and a half hours, what could go wrong?

For those of you unfamiliar with the Texas coast, I have a decision to make. I can make a 40 mile trip around Corpus to use the bridge or we can use the "Ferry". I use the quotes on Ferry, because it is literally the shortest Ferry known to man. it takes longer to get on and off the Ferry than it does to cross the tiny inlet. I think we are going to be there at nighttime so not much of a chance to spot dolphins, so we will probably go with the bridge.

Big week this week, first pac12 conference game. Specifically using lowercase on pac12 because of how bad the rest of the conference has looked. Being passive aggressive until they get better.

Honestly I have no idea about Arizona… who is there head coach? Is it still Mike (I got hops) Stoops?

Wait he has been gone forever. What about Rich (fucking fat ass Tony) Rodriguez?

No he gone too. Ohh that’s right it’s Kevin Sumlin. 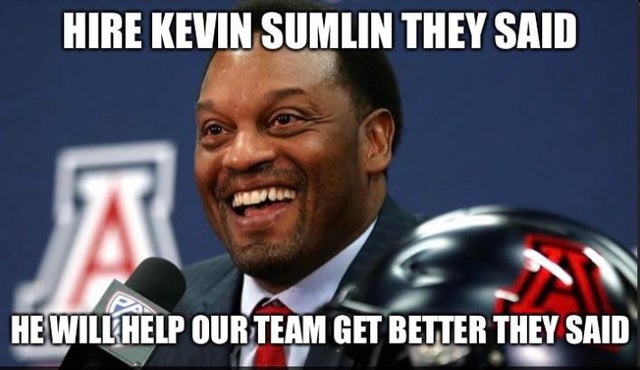 Ohh crap, he gone too? Damn, remember when people wanted him at Oregon? Dodged a bullet on that. 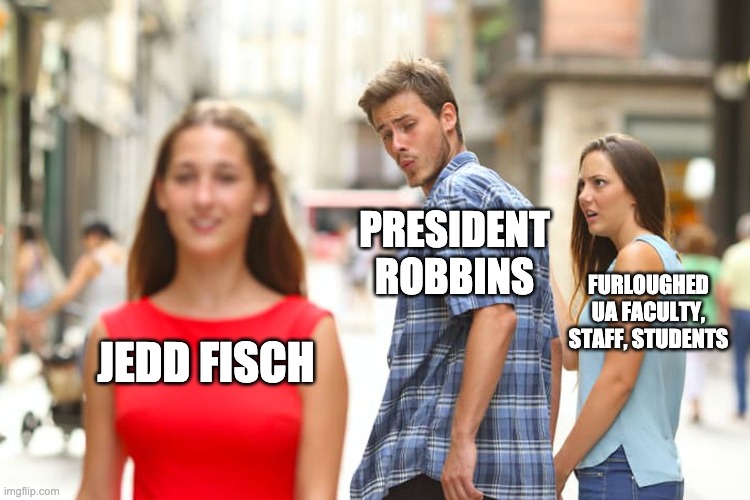 If this is the best they have on him, he may just last…

The Arizona Wildcats have Wilbur and Wilma Wildcat as their current mascots. I think they maybe kissin' cousins or something 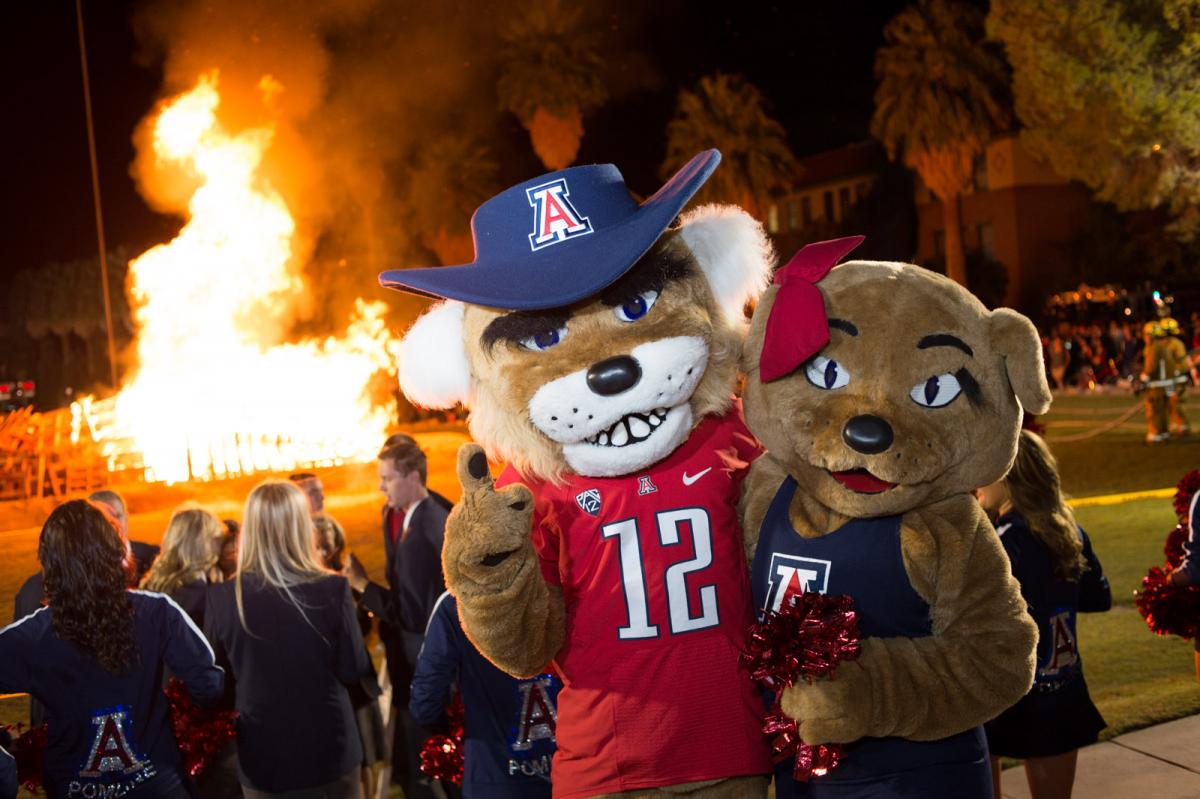 Doing some deep digging on the "Bear Down" phrase that is often mocked. Turns out a pretty sad story behind it.

in 1926 the 22 year old UA student body President and Varsity QB John Byrd "Button" Salmon was fatally injured in an auto accident and on his death bed is quoted saying "Tell them... Tell the Team to Bear Down." 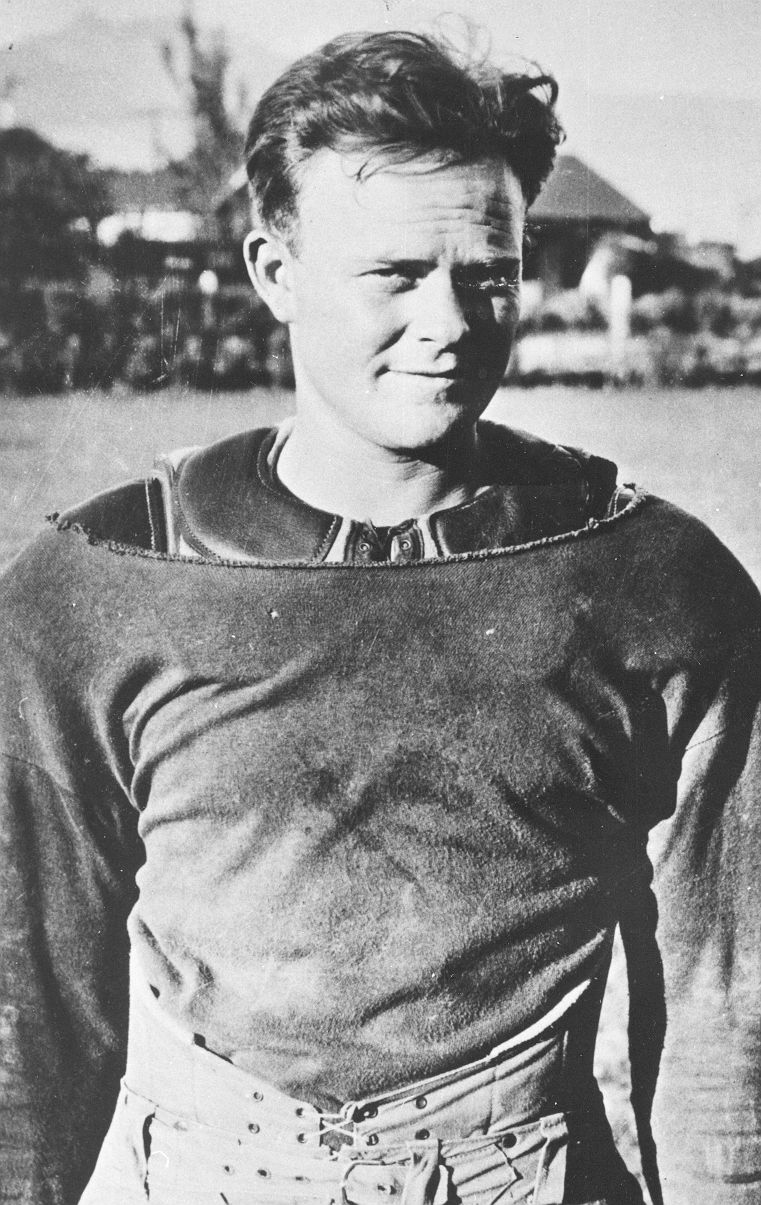 and with that depressing note.

First. the Raw unadjusted stats for Oregon on Offense and Arizona on Defense.

Arizona not great at defense, giving up 27.67 per game, We will most likely run more often than pass especially on this team.

2nd. The Raw unadjusted Stats for Oregon on Defense and Arizona on Offense.

Arizona is often behind and trying to catch up so they Pass more than they run, and they do both not well. We should control Arizona's offense. I am imagining a few 3 and outs, as they can't pick up a 3rd down to save their lives.

Arizona reminds me of the old football saying, "If you have 2 quarterbacks you don't have 1", but in their case it is If you have 3 quarterbacks, you're Fucked.

Oregon is 6 and 0 when Verone McKinley III has an INT.

Similar to Stony Brook honestly this game shouldn't mean much. Arizona is bad and should feel bad. They will break the streak of consecutive loses some day, but Saturday is not that day. Oregon Rolls heavy with back ups and scores big.