Coming off a successful trip to Texas, in which the Ducks beat Texas State in a singleton and won 2 of 3 games from highly regarded Baylor University, Oregon travels to Cathedral City, California to participate in the Mary Nutter Collegiate Classic softball tournament starting this morning. Oregon will face opponents with a variety of strengths and will look to continue building momentum for the Pac-12 season, which begins next month. This article will review Oregon’s season thus far, and the 5 opponents the Ducks will play in the tournament. Readers should note any games played in the last few days prior to publication and tournament results are not included in team records or statistical analysis.

The Ducks come into the Mary Nutter tournament on an early-season roll, having won 8 of their 9 games. As noted above, their only loss was to Baylor (0-3) in Waco, Texas (see adamh86’s review of that series here). Oregon also has a 3-0 win over Ole Miss.

Oregon has hit the ball well, scoring 87 runs in its 9 games. So far, the Ducks have been led by Sophomore utility player Hanna Delgado who is hitting .406 and Senior infielder Allee Bunker (.400). The Ducks sport 6 regular players hitting over .300 and two players off the bench hitting .500 (note: “off the bench” as used here generally refers to players who have started about half, but not all, of a team’s games). The Ducks have relied on generating offense through multiple singles, rather than the long ball. Oregon has only 6 home runs, no triples and 17 doubles in 273 at bats – about 75 percent of Oregon’s hits are singles. The Ducks have also shown good speed on the basepaths, stealing 21 bases in 9 games while holding opponents to just 8.

Oregon has split starting pitching duties in the early season between three players: Junior Makenna Kliethermes (4 starts), Freshman Stevie Hansen (3 starts) and Fifth Year player Jordan Dail (2 starts) and has generally rotated these players in relief. Hansen leads the staff with a 2.25 ERA. Kliethermes has 34 strikeouts in just 26 innings of work for the Ducks.

Northwestern comes into their tournament opener against Oregon having compiled a 7 – 2 record in the early season and are likely to provide a stern test for the Ducks. The Wildcats have lost only close games to #13 Virginia Tech (2-3) and Oklahoma State (3-4). Northwestern beat #3 UCLA 6-4 in Clearwater, Florida on February 18 and also sport a 7-0 win over #15 Clemson in the same tournament.

“[Northwestern] are likely to provide a stern test for the Ducks”

Seniors Danielle Williams and Lauren Dvorak have shouldered the majority of the pitching load and have compiled 1.26 and 2.23 ERAs respectively. Williams has racked up 57 strikeouts in 39 innings pitched. Overall, the Northwestern pitching staff is holding opponents to a .191 average over their 9 games and have given up only 21 total runs, 16 of which have been earned.

The Missouri Tigers have also jumped out to a quick start for the 2022 season. They are 8 – 3 overall coming into the tournament, having lost to UConn (2-6) and Virginia Tech (3-4) in the Northern Lights Invitational in Leesburg, Florida and their most recent game last Sunday to Maryland (0-1). Mizzou has no wins over ranked teams thus far.

Missouri has three players hitting over .300, but the offense is having some trouble generating runs. The Tigers are averaging 4 runs per game while holding opponents to just 2. Fifth year infielder Kimberly Wert leads Mizzou at the plate, batting .379 with a .793 slugging percentage, 3 home runs and 9 RBIs. Sophomore Jenna Laird is hitting .333, has 5 RBIs and has 6 stolen bases on 7 attempts. Keeping these two players off the basepaths could give Oregon an excellent chance at victory.

Junior Jordan Webber and Sophomore Laurin Krings have started 10 of the Tigers 11 games, compiling 0.90 and 2.30 ERAs. Together, they have recorded 60 strikeouts while walking only 25. The pair have allowed only 13 runs in 55 innings with just 1 home run.

Seattle will play its fourth game of the tournament against Oregon. The Redhawks compiled a 7 – 3 record prior to the tournament’s start with losses twice to Stanford (0-7, 0-5) and to BYU (2-5). The Redhawks posted solid wins against Western Michigan (8-1) and Bowling Green (10-1, 6 inn).

Four different pitchers have started games in the circle for the Redhawks, with Junior Stefanie Madrigal having half the starts and by far the lowest ERA at 1.75. Should Madrigal get the start against the Ducks, chasing her as quickly as possible will be a priority, as the 3 other pitchers all have ERAs over 3.00. Nance has the highest staff ERA at 3.88, but also has 22 strikeouts in 21 innings pitched while Madrigal has 16 in 32 innings pitched. 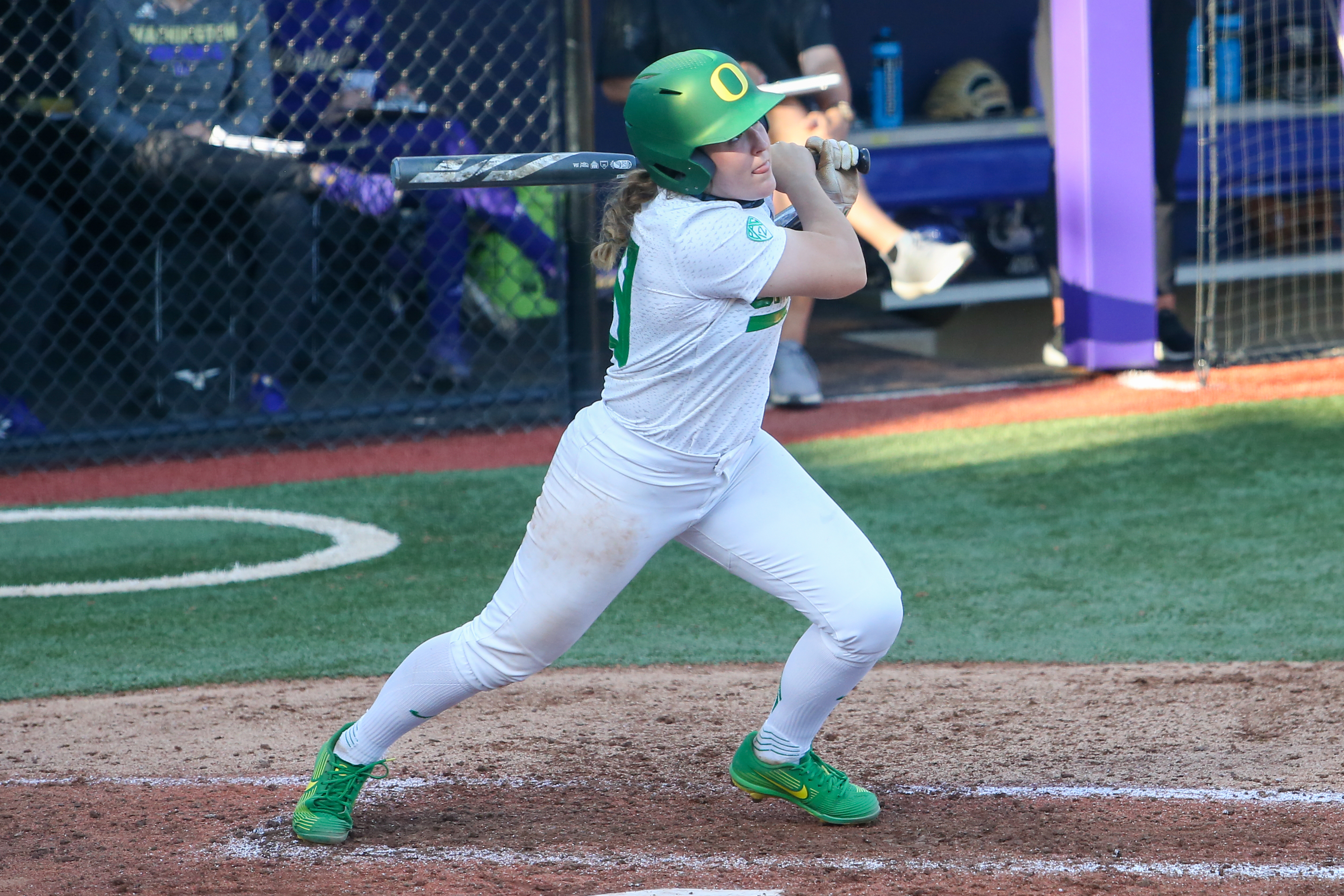 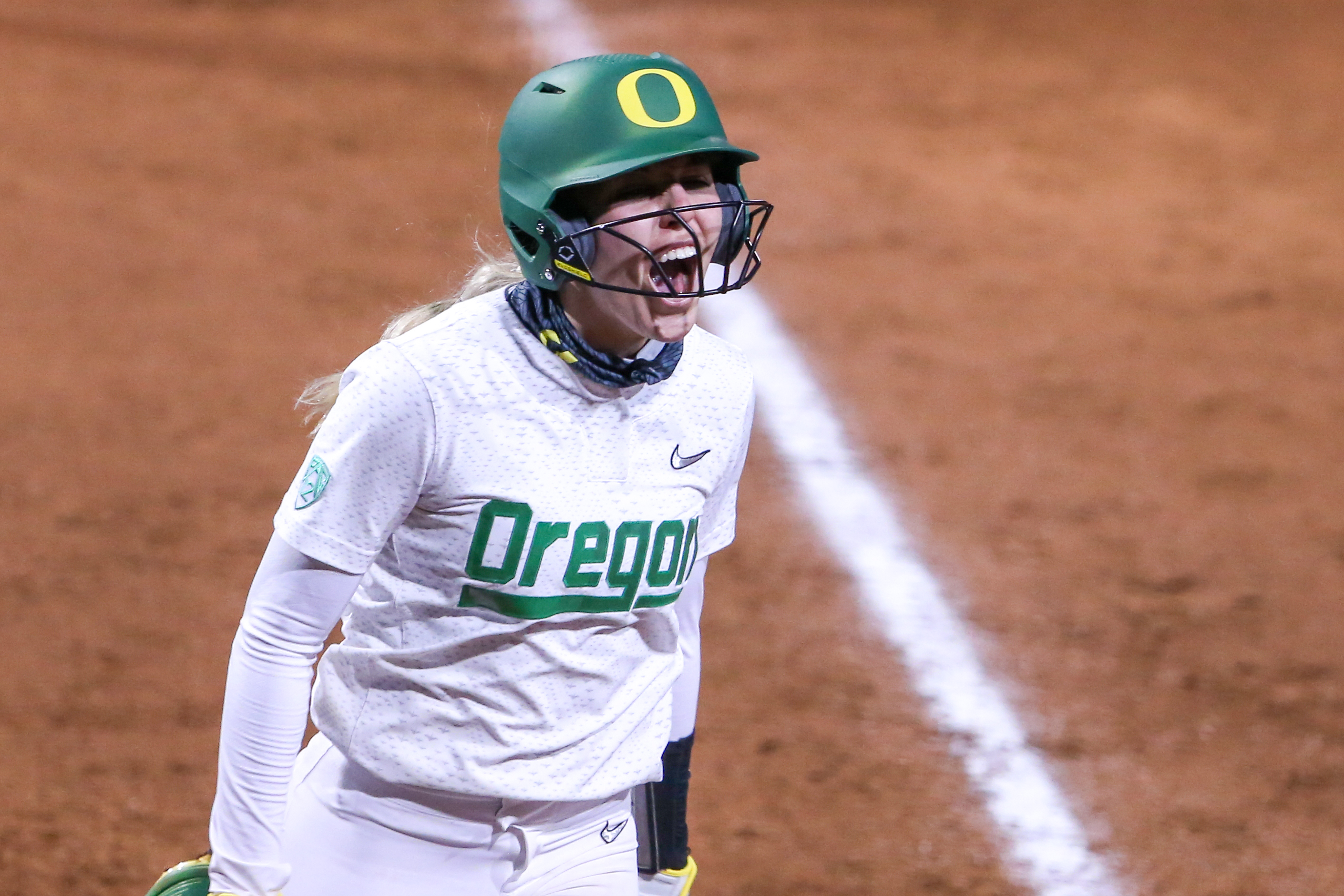 “The Titans are not afraid to mix up their pitching.”

Fullerton’s offense is led by Sophomore infielder Peyton Toto, hitting .567 over 30 at bats, and Freshman outfielder Payton Kelly at .500. Five other Titan regulars hit over .300. The team has generated 13 home runs over its 10 games, led by four from Sophomore infielder Hannah Becerra who has 13 total RBI. Toto and Junior infielder Deshea Hill have added 11 RBIs. Megan Delgadillo and Antuanett Dean have stolen 6 and 5 bases respectively.

The Titans are not afraid to mix up their pitching. The team has used 5 different pitchers, and all have started at least one game and appeared in at least 4. Sophomore left-hander Staci Chambers has started 4 of the Titans 10 games, going 3 – 0 in decisions and compiling a 1.37 ERA, but has pitched only 15 innings. She has struck out 16. Freshman Raci Miranda has pitched 16 innings in just 2 starts and 2 stints in relief. Juniors Alexia Silvas and Myka Sutherlin have pitched 14 and 13 innings respectively. Silvas has started one game and Sutherlin 2. The team’s fifth pitcher, Sophomore Ellie Zellien, has put in 9 innings of work with one start. The staff ERA is 2.69 with 67 strikeouts and 34 walks in 67 innings.

Based on season record so far, 2 – 7, the 49ers look to be the weakest team Oregon will face but that’s why you play the games. The program’s wins have come against Memphis (8-5) and Lamar (5-2) at the Puerto Vallarta College Challenge in Mexico earlier this month. The losses include Washington (3-8) and Arizona (2-7) at the Arizona Hillenbrand Invitational in Tucson last week.

Long Beach has struggled to match its opponents’ offense, scoring 26 runs while giving up 65. The 49ers have not been able to string enough hits together despite having eight regular and bench players hitting over .300. Senior infielder Kyra Snyder leads the squad for average at .381. Senior catcher Justine Briones is hitting .318 and leads the team with 6 RBI and a .591 slugging percentage. Long Beach seems unlikely to challenge Oregon catchers Vallery Wong and Terra McGowan on the basepaths as it has had only 1 successful steal on just 6 attempts. Freshman Outfielder Corissa Sweet, who has appeared in 7 games but started only one, is hitting .500 and has a .750 slugging percentage – look for her to work into the starting lineup more often if the 49ers continue to lack offensive punch in this tournament.

Four different pitchers have been tabbed for starts for Long Beach so far this season and a fifth has appeared in relief in four games. Redshirt Freshman Addison Kostrencich, who has appeared only in short relief, has the lowest ERA at 5.53. Sophomore Sophia Fernandez and Junior Samantha Fowler have each started 3 games and have ERAs of 5.76 and 6.30 respectively. Fowler has struck out 10 batters in 16 innings.

Following this tournament, Oregon travels across the country to North Carolina for a game against North Carolina-Greensboro on March 3, and then weekend clashes in the Carolina Classic in Chapel Hill.